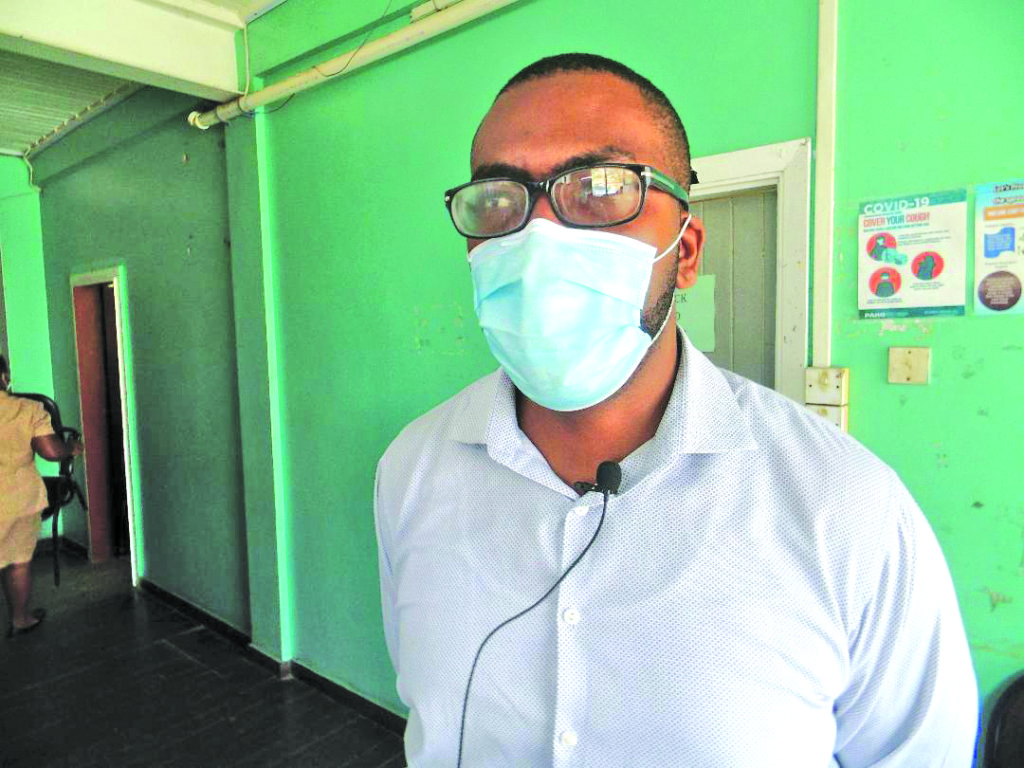 2nd round of filaria pill to start soon – Guyana Times

Home News 2nd round of filaria pill to start soon

The Ministry of Health, in collaboration with the Pan American Health Organization / World Health Organization (PAHO / WHO) and the Inter-American Development Bank, will conduct a Mass Drug Administration (MDA) campaign to eradicate lymphatic filariasis in several Regions.
At the end of 2019, a similar campaign was conducted through a house-to-house distribution of what became known as the filaria pills.

The campaign will officially begin in Region Three (Essequibo-West Demerara Islands) and Region Four (Demerara-Mahaica) on February 15 with the launch of the campaign, and one day later, distribution of the pills will begin.
The Ministry of Health is currently meeting with stakeholders and interested groups in an effort to bring awareness to the campaign.
The team met with Regional Democratic Council District 6 (East Berbice /
Corentyne) on Thursday to provide an update on campaign plans in that region.
Speaking to the media, the Director of Vector-borne Disease at the Ministry of Health, Dr Horace Scott, explained that the 2019 campaign in Region Six was successful.
“As we understand it, we had a 75 per cent coverage, meaning that of the population eligible (to) receive the pills, the Region (had) exceeded the threshold we had (had) set up, and we’re very pleased with this, ”he said.
Dr Scott stated that he was looking forward to another successful campaign in 2021.
That campaign will launch in Region Six on February 27. However, pill distribution will begin on March 1, and run until March 14.
Speaking about some of the concerns expressed during the 2019 campaign and which may now be a cause for concern, the Director of Vector-borne Disease said some people expressed concern that they were getting pills at the clinic and questioned whether they should take them again.
He noted that some people also want to have a good understanding of the possible side effects of the pills.
“Sometimes they may have heard of misconduct that would have happened at about the same time as we were dispensing pills in another Region, and they asked legitimate questions. So what we’re trying to do is get ahead of those and be proactive about it. So this year, when we start in February, we’re going to have two community engagement personnel, ”said Dr Scott.
Those people will be tasked with getting the community involved. In addition, the local media would also be used to disseminate information.
Since the Ministry of Health announced the restart of the anti-lymphatic filariasis pill distribution campaign, some have already reported taking the pills during the last campaign.
However, Dr Scott noted that the Ministry is focused on a community basis, not a personal one.
“When you’re on an eradication campaign, you’re looking to get a certain percentage of the community. So it’s not so much about who would have taken the pills beforehand, it’s more about the percentage coverage we can get. “
He said the goal in Region Six as well as other regions is to have at least 80 percent of those eligible for the pills taken.
“Despite the fact that people may have taken the pills the previous year, we urge them to take them again. The effects of the pills in sterilizing the worm only last about a year, so we want to make sure that individuals can have this new intervention so that we can be successful until it can be validated without Filarial.
However, there are a few categories that the Ministry advises not to take the pills. These include pregnant women, people under the age of 2, and individuals who are seriously ill and unable to carry out day-to-day functions.
“It doesn’t necessarily harm pregnant women, but there’s no conclusive evidence, so we’re trying to stay away from that. But the rest of the population, take your pills. (G4)