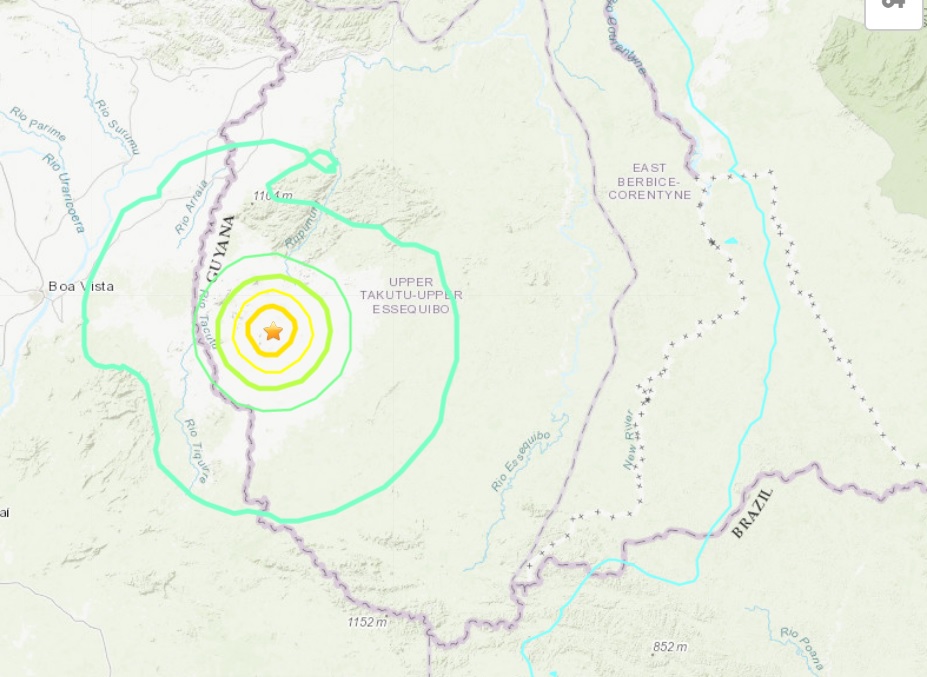 A 5.7 magnitude earthquake Sunday afternoon rocked a large part of Rupununi in southern Guyana and parts of northern Brazil, according to US Ge0logical Surveys and area residents.

“We heard grrrrrrrr grrrrrr. The sink canvases were rustling. We more than felt it, we heard it, ”said Marguerite Bagot, a Lethem resident.

The tremor started around 3:07 PM and lasted several minutes.

The USGS said the quake was at a depth of 9.7 kilometers and 83 kilometers from Lethem, the capital of Region Nine (Upper Takatu – Upper Essequibo).

Lethem Mayor John Macedo said the quake was “quite strong”, causing one of his guests to leave the Kanuku Hotel as a precaution. “I felt the tremor. All the walls and windows were shaking, ”he told News-Talk Radio / Demerara Waves Online News.

The Mayor said he received no preliminary reports of any damage or destruction caused by the earthquake. “It doesn’t seem to have had any significant impact,” he said.

The Civil Defense Commission, which responds to natural and man-made disasters, did not receive it and reports until late Sunday afternoon.

From all accounts so far this is the strongest earthquake to have ravaged the Rupununi.