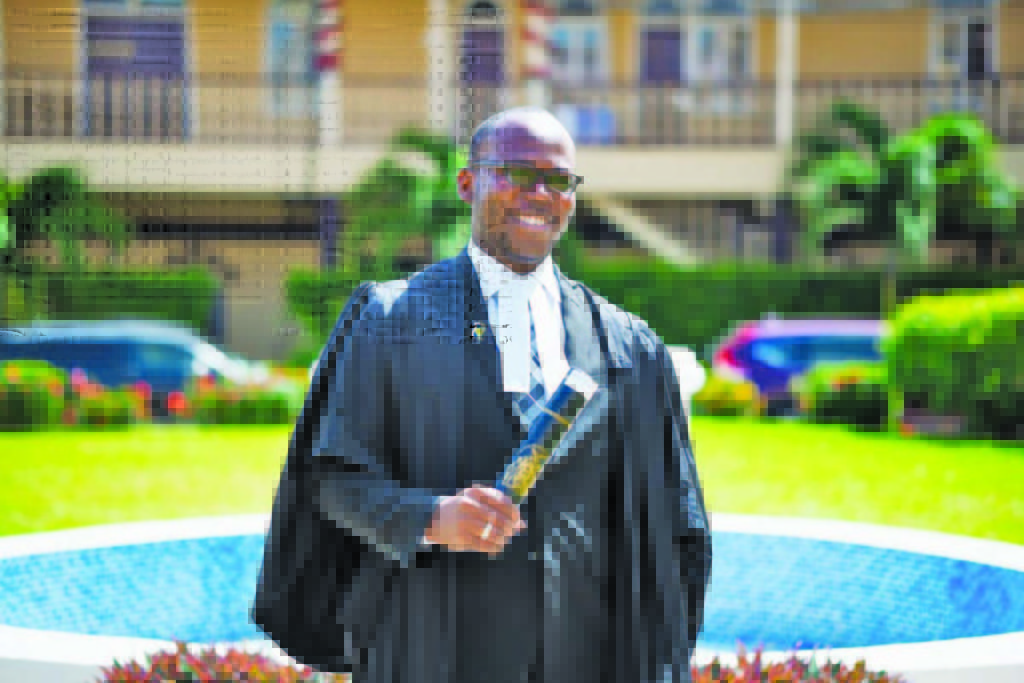 New lawyer pledges to be an advocate for justice – Guyana Times

Although he already has two Bachelor’s degrees to his name, the academic journey for Atxter-at-Law Dexter Smartt, who was admitted to the Guyana Bar on Wednesday, is far from over. After receiving his Certificate of Legal Education in September 2020 from the Hugh Wooding Law School, Smartt’s petition to practice law before the courts of Guyana was accepted by Chief Justice Roxane George.
In a courtroom filled with family and friends, he resumed his five-year journey toward achieving his legal education. The road along his journey was challenging, he admitted in his acceptance speech to the Bar.

But persevered, the young lawyer has vowed to be an advocate for justice and has promised he would not mislead the court.
“As an attorney-at-law, I will abide by the code of ethics. I will abide by the laws of Guyana. I will listen to my clients, do adequate research and investigation, and appear in time for my affairs to adequately represent my clients, ”a confident Smartt told the court.
Smartt expressed his gratitude to the Chief Justice for hearing and receiving his Bar petition. In fact, he told her, “It’s an honor to have my petition before you.” Smartt expressed that he had grown to have great admiration for Justice George, who praised him for her judgments, wealth of knowledge and fairness.
“Your honesty, integrity, judicial independence, and impartiality have set a very high bar in the Supreme Court of Guyana. Hopefully, I can be as diligent and dedicated as you throughout my career. ”
Given his passion for helping others, just out of high school, Smartt joined the Varqua Foundation as a volunteer teacher to teach underprivileged students in the Tiger Bay, Georgetown area.
He joined the University of Guyana in 2011, where he read about and earned a Bachelor of International Relations degree.
In 2015, he re-enrolled at the University of Guyana where he read about and earned his Bachelor of Laws degree. While there, he was an active member of the University of Guyana Law Society’s School Outreach program. He also served as trainer and coordinator for the National Youth Council.
He was tasked with training Local Government representatives in Region Five (Mahaica-Berbice) as an accountant for the University of Guyana and IDB for the Guyana Prison Survey 2017. While reading for his law degree, he participated in the annual Caribbean Court of Justice Rising. competition.
He is also one of the contributors to two books published by Ram & McRae, the Value Added Tax Manual and the Companies Act Manual. He was elected Chair of the Amenities Committee on the Hugh Wooding Law School Student Representative Council.
Smartt was also a law school representative for the Guyana Student Association in Trinidad and Tobago (GuySATT).
In March 2021, he will begin reading for his Masters in Energy and Environmental Law at the University of Birmingham.
Smartt has chosen to go into private practice. His petition for access was submitted by his cousin, Attorney-at-Law Faye Ann Bakker. He was among the 32 Guyanese who graduated from Hugh Wooding Law School last September.