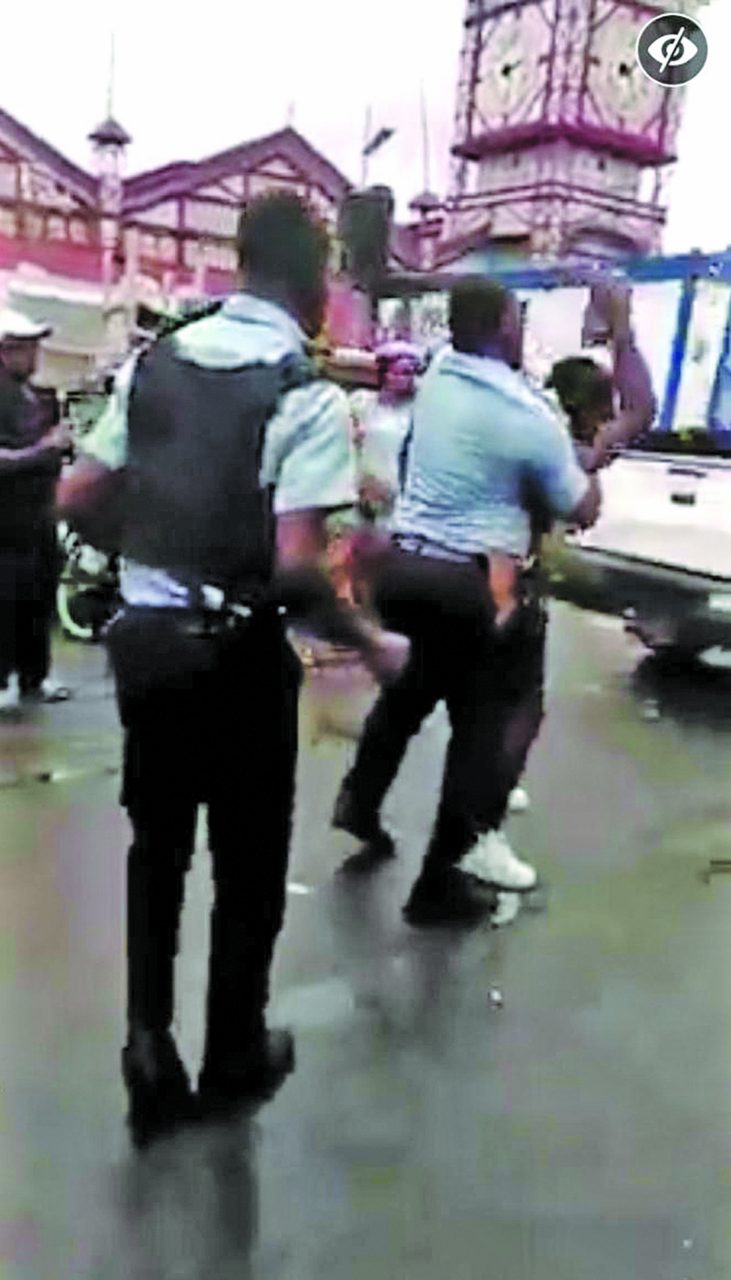 A Tucville resident, Georgetown, seen in a viral counter-video with Police ranks, was released Wednesday on bail after being slapped with a charge of aggravated robbery.

Clive Fields, also known as Anthony Prince, 21, pleaded not guilty to the charge, and noted that on January 3, 2020, in the vicinity of Demico House, Stabroek, Georgetown, he stole Ricky Menque, a 31-year-old Venezuelan national, from a Samsung mobile and $ 25,000.
The robbery accused was placed on $ 30,000 bail by Chief Magistrate Ann McLennan at Georgetown Magistrates’ Court.
Police had said that Menque, of Friendship, East Bank Demerara, was in the vicinity of Demico House, Stabroek, Georgetown, when three men were reported to have pounced on him.
Investigations revealed that Menque had just left a minibus, and was walking on the sidewalk in the vicinity of Demico House when three men walking in the opposite direction released him from the items before making good their escape.
According to Police, at about 17:00 hrs on that day, Fields was positively arrested and identified by the victim as the person who had been robbed. Police said in a statement that while ranks arrested Fields, he became aggressive and attacked them.
“The ranks were forced … to defend themselves,” the statement added. This led to a physical confrontation between the accused robber and the ranks. Part of the suffering was captured on video and circulated on social media. Fields was eventually subdued and transported to Brickdam Police Station.
While in custody, Police said, Fields refused to be taken for medical attention. The three injured Police ranks were treated at Georgetown Public Hospital. The Office of Police Professional Responsibility (OPR) is investigating the matter.
In the meantime, the Police are asking anyone who may have witnessed the incident between Fields and his ranks contact the OPR Officer in Charge on 227-1926, or the Head of the Police Department Regional at 226-1389.