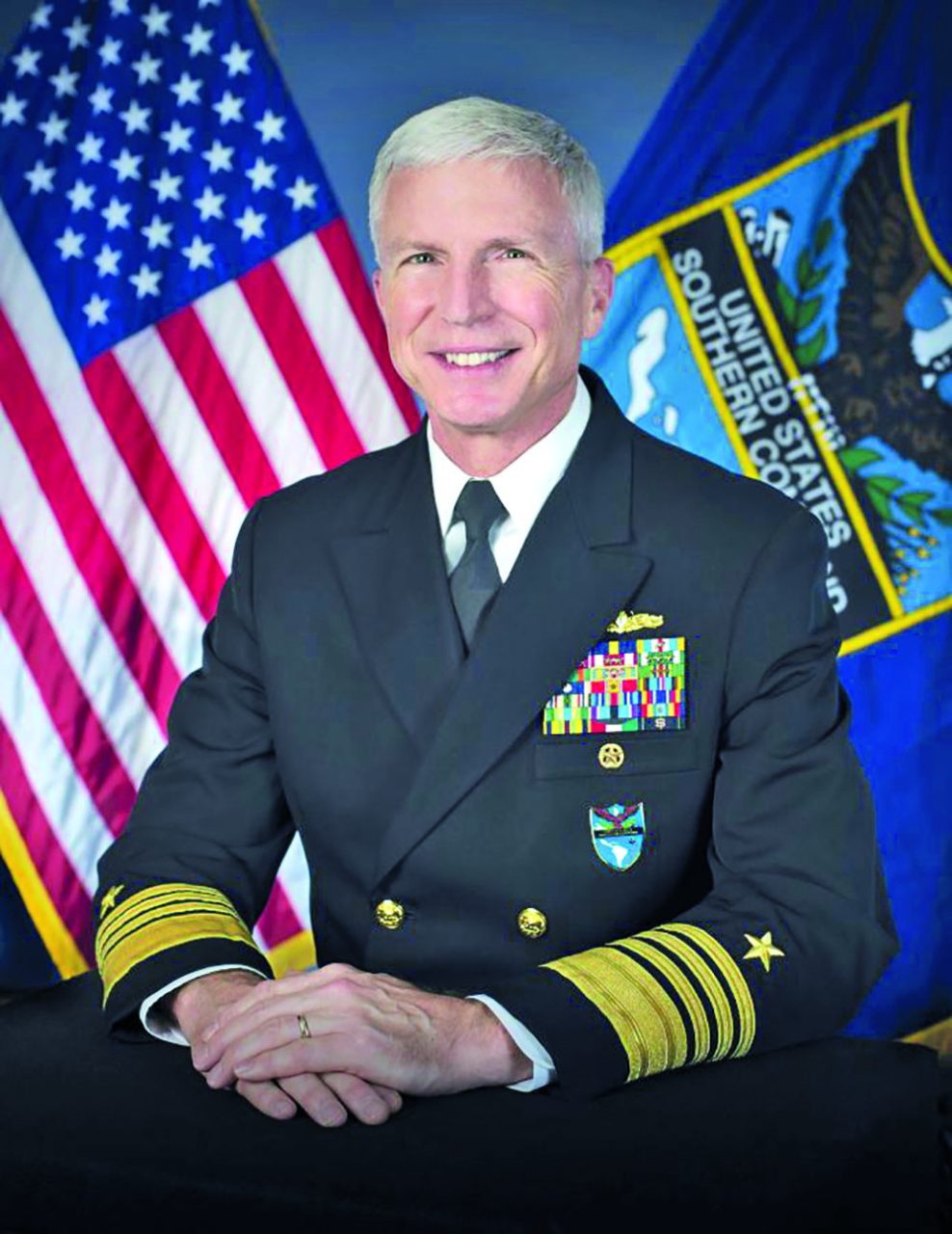 The U.S. Southern Command Commander, Navy Admiral Craig Faller, will visit Guyana from January 11-13.
During his visit, he will meet with Government and defense leaders to discuss the bilateral security partnership between the United States and Guyana.
Admiral Faller is also expected to meet with President and Commander-in-Chief of the Armed Forces, Irfaan Ali, and Chief of Staff of Guyana Defense Force, Brigadier Godfrey Bess.

It will also participate in the signing of a Procurement and Cross-Service Agreement between the militaries of the two countries, which will pave the way for the exchange of goods or services of equal value to support future bilateral defense cooperation.
The United States and Guyana have a long-standing history of security cooperation. The defense partnership between the two countries includes cooperation against regional threats and challenges, capacity building commitments, bilateral training, exchange of expertise, exercises, and participation in military education programs.
During the United States Secretary of State Mike Pompeo’s visit in September 2020, the two countries signed a Shiprider agreement that allows for maritime cooperation between them.
The chief military leader of the United States Southern Command last visited the country in 2017, when Guyana became the first South American nation to host the Caribbean Nations Security Conference.
The order is one of six unified US Department of Defense geographically focused commands with responsibility for U.S. military operations in the Caribbean, Central America and South America, as well as security cooperation with the U.S. defense and security forces public in the region.
The GDF Coastguard and the US Coastguard are expected to embark on the first of a series of joint exercises as part of the implementation of the two countries ratified Seaman Agreement in 2020.
This exercise will take place off the coast of Guyana, and will focus primarily on illegal, unreported and unregulated fishing. It will be conducted in collaboration with the US Coast Guard STONE Cutter, a ship currently in the region for a multi-country voyage.
USCGC Stone is a Legend class cutter, considered one of the most technologically advanced ships in the US Coast Guard fleet. It has a range of 12,000 nautical miles, measures 127 meters, has a 54-foot beam (width at the widest point of the ship) and can reach a top speed of over 28 knots.
The ship will be on a multi-month location to the South Atlantic Ocean, and will be tasked with counteracting illegal, unregulated and unreported fishing, while also strengthening relationships for maritime sovereignty and security throughout the region.
This is the “first patrol of the service to South America in recent memory, and is carried out with the support of Guyana, Brazil, Uruguay, Argentina, and Portugal.