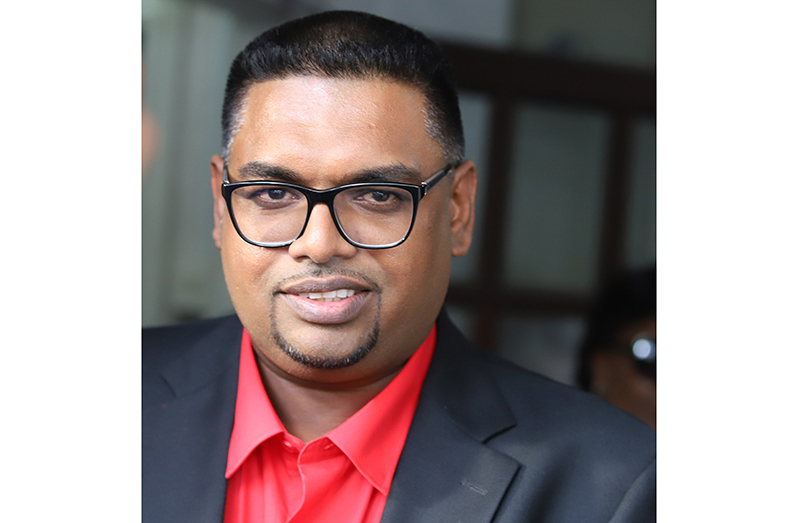 The PRESIDENT, Dr. Irfaan Ali, said the government is in the process of drawing up an aquaculture master plan that will be part of the country’s agricultural diversification program.
The Head of State made this disclosure on Monday during a site visit to the Providence Pritipaul Singh Investment Inc. facility. (PSI), where he saw plans underway for the company’s expanded operations.
“As you know, we’re supposed to have a conference on aquaculture; so we are drawing up the plans for an aquaculture master plan and to identify one corridor. We are currently looking at Region Five because they have all the right conditions for aquaculture … also we are looking at other areas as part of the diverse economy we are talking about. ”
President Ali initially announced plans for hosting the high-level aquaculture conference while speaking at a joint Guyana / European Union press conference on December 10, 2020, where he explained that the conference would help Guyana define “A path in how we can develop the aquaculture industry to the extent that we are globally competitive and become a serious market player. ”

During the site visit on Monday, President Ali used the opportunity to elaborate on the details of the plan.
“So the plan is to build aquaculture to increase our production, increase volume, reduce cost… of course in another three years our energy costs will fall. But we’re also looking at added value in the protein plant from natural gas to see how that can also support not only the livestock industry but the aquaculture industry. ”
On this note, the President highlighted the importance of finding “synergy” in the aquaculture and livestock industry.
“We need to look at the output of the livestock industry as input to the aquaculture industry and see how you can first of all build capacity, increase volume, get the market and then meet that capacity with local inputs . That’s the master plan in a nutshell. ”

He said discussions between the government and the livestock industry had revealed a desire for them to diversify and start producing corn and soya.
Meanwhile, PSI CEO Pritipaul Singh assured the Head of State that the government can rely on PSI as a force to support the aquaculture campaign. He also said that supporting fishermen and those in the industry is part of his company’s responsibility to build Guyana’s economy.
Singh praised the President for his commitment to developing the country’s aquaculture sector.
“I like what you said you have a master plan and in this master plan if we can get the studies done to support all stages of the sector’s development … you can rely on PSI as a power to support ‘ r this aquaculture drive. . You have our 100 per cent support, ”said the CEO.
President Ali and his team were taken on a guided tour of PSI expansion operations in Providence, they were also privy to first-hand experience of shrimp, fish and tuna processing at the Mc Doom facility.
PSI is a diverse fish and shrimp processing producer in Guyana. Their operations include several entities that assist in the harvesting, processing, packaging and storage of seafood.