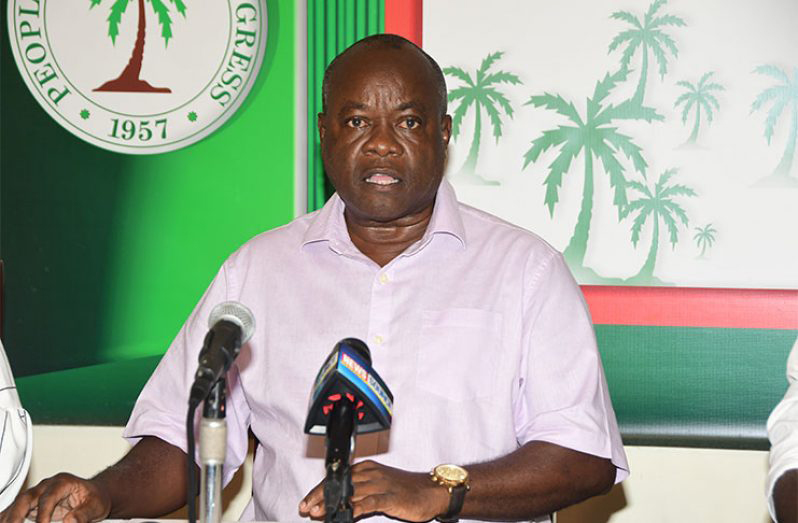 POLICE investigations have revealed that the owner of the Coldingen, East Coast Demerara house that came under fire on Wednesday night has been identified as the executive member of the People’s National Congress (PNC / R) Reform, Aubrey Norton. The upper apartment of the Track ‘A’ Coldingen building, East Coast Demerara is occupied by Norton and his family, while the bottom apartment is leased to alleged Ponzi scheme operator Yuri Garcia Dominguez.

Camera photos shown to the Guyana Chronicle on a visit to the building on Thursday revealed that three armed men left a vehicle at 20: 27hrs, approached the south side of the house and opened fire. Norton’s wife, in a state of trauma, explained that she and her husband were in their living room at the time of the shooting watching television when they, upon hearing suspected firearms explosions, took cover and alerted police . She further explained that it is unclear whether the gunmen were targeting her family or Dominguez.

Yuri Garcia Dominguez and his spouse, Ateeka Ishmael, recently acquired the heads of Accelerated Capital Firm Inc. (ACFI), was brought before the courts on nearly 80 charges of conspiring with other persons to obtain money by false pretense. The couple were accused under the Consumer Affairs Act of selling a pyramid, and under the Securities Act of operating without a license. The police report highlighted that Dominguez and his family were not at home at the time of the incident. The scene, upon arrival, processed the scene and discovered three 9mm rounds; four obsolete 7.62 × 39 shells; 11 9mm spent shells, and pieces suspected to be ammunition components in the street and in the victim’s yard.