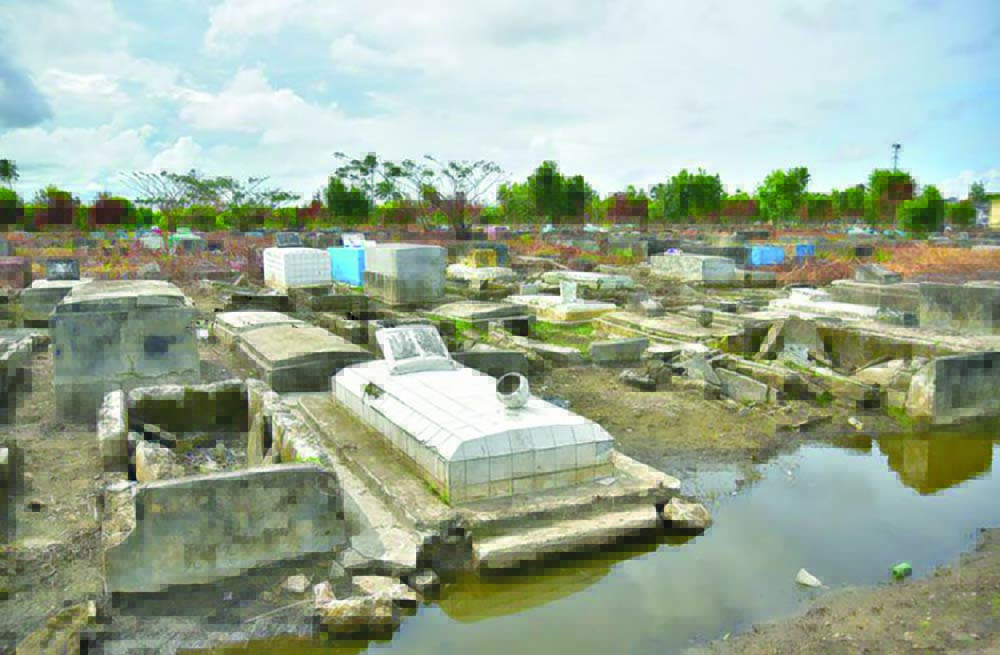 Five contractors caught dumping waste material at Le Repentir Cemetery, Georgetown, are expected to face court soon.
Georgetown Mayor Ubraj Narine revealed this at a recent press conference held at his office. The Mayor said the contractors were caught dumping slush taken from city drains into the cemetery. In that regard, they were arrested.

Narine said the contractors were contracted by the Ministry of Public Works to clean the drains at Georgetown but instead of disposing of the waste properly, the contractors thought it best to dump it in the cemetery.
The Mayor said that the Council is always enthusiastic about these activities, but they are not responsible.
“These things happen when there is a lack of information, and the Mayor and City Council are to blame. We feel this crunch…. therefore, sharing the right information is very important and we don’t get that, ”he said.
There have been several reports in the past of contractors dumping waste around Georgetown. In December 2019, junk was poured on the corner of Regent and Bourda Streets by contract workers hired to clean up Bourda Cemetery.
As a result, taxi drivers who normally trade in the vicinity could not have done so because of the smell and the horrific scene.