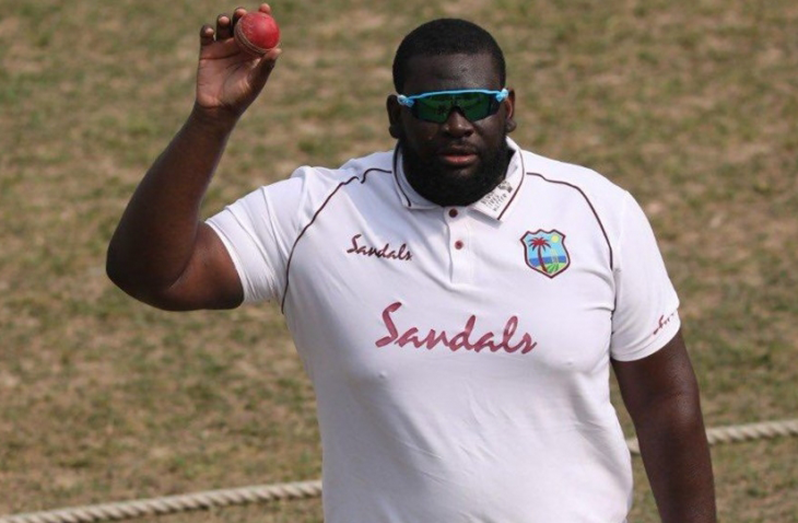 Cornwall, 27, finished with five for 47 as the hosts, resuming their 24 overnight without loss, were dismissed cheaply at 160, about an hour after lunch at MA Aziz Stadium.

With a healthy front of 97, West Indies finished the day at 179 for five in their second innings, thanks to an unbeaten 80 from Bonner and Campbell’s 68.

Sailing at 130 for one on one stage courtesy of a 129 run second-wicket stand between Bonner and Campbell, West Indies lost three fast wickets for 14 runs in the space of 31 balls, to lose momentum in the final session.

They enter the final day today with an overall lead of 276 runs, with a win likely to increase their confidence before the opening Test starts on Wednesday.

West Indies started the morning strong when Kemar Roach sailor Saif Hassan hit him at 15 with the fifth ball of the day, before the hosts added to their overnight score.

However, Mohammad Naim, 21, reached the crease to play counter attack on 45 of 48 deliveries with nine fours, in a 74 run second-wicket partnership with Shadman Islam (22).

Once Cornwall bowled Naim with lunch approaching, BCB XI stumbled to lose two more wickets with only two runs added, to reach the break at 115 for four.

After the break, Nurul Hasan (30) and Shahadat Hossain (13) extended their fifth wicket stand to 30 before Warrican took the lead with his first wicket, eliminating Shahadat.

That dismissal opened the sluice gates and Warrican and Cornwall ran through BCB XI’s lower order, with the last six wickets down for just 30 runs.

In their second try in the crease, West Indies lost Shayne Moseley scoreless to the fly-half’s fourth with a single run aboard, going to sailor Khaled Ahmed.

But Bonner joined Campbell in a solid century partnership to stabilize the pubs and transport the Windies safely to tea at 67 for one.

Unbeaten on 39 tea, Bonner has so far faced 131 deliveries and struck out 12 fours while the left-hander Campbell struck nine fours off 98 balls in just shy of 3-¼ hours in the crease.

Trigger Saif Hassan (2-32) triggered the spinner when Campbell claimed and followed through in his next step by securing a second failure for Test lieutenant Jermaine Blackwood (4).

And when Kyle Mayers was part of Towhid Hridoy, 20, for eight, West Indies tripped at 144 for four.

Bonner, who reached his half-century in the third over after tea, combined Kavem Hodge (19) in a fifth-wicket partnership, run by 33, to temporarily halt the slide.

But with the close-up, West Indies succumbed to their advantage when Hodge died to a lbw decision off 20-year-old sailor Mukidul Islam in the penultimate day over.