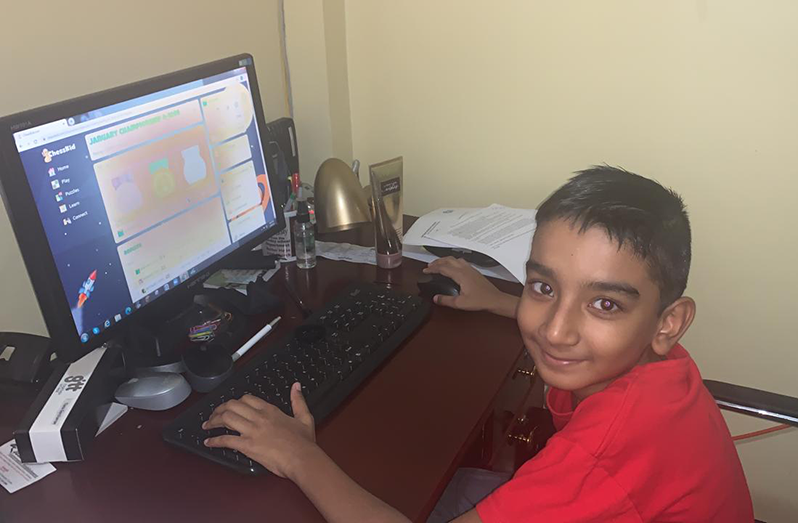 The Guyana Chess Federation (GCF) competitions, played yesterday afternoon, targeted junior and young players who are now learning the game and held for under-20s with a score of 1100 and above and for under-20s with score of 0-1099 respectively. .
Couchman, with a score of 1544, dominated his games for a full seven points. Second place went to Oluwadare Oyeyipo who finished with six points, while Omar Shariff, with five points, was third.

Italy’s Pooja Lam, Ton Chung and Jacob McDonald followed with four points each, while Maliha Rajkumar and Mahir Rajkumar finished at 3.5 points.
Irshaad Nasir and Adia Alphonso rounded off the top 10 with three points each.

“Congratulations to all the players and parents for taking part in this tournament. Special congratulations to the winners. For those players who have lost games, you have to create that path to winning by working on your mistakes in the games you’ve lost. Losing is an opportunity to learn and develop winning strategies to succeed. Good luck in the next tournament. ”