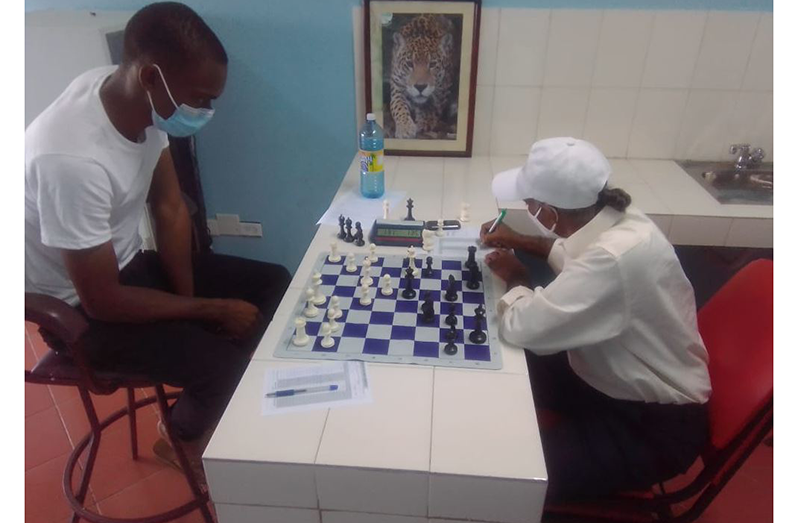 TWO of the title favorites in the final of the Guyana Chess Federation’s 2020 Chess Closed Championship began their opening round on Saturday afternoon with victories.
FIDE Master and defending champion, Anthony Drayton and former champion and Master Candidate, Taffin Khan, made relatively light work of their opponents at the Guyana National Stadium in Providence. Eight of Guyana’s top players are competing in the main chess event, which was postponed from last year. The event is expected to be played over seven rounds before a winner is announced this month. Drayton won against veteran player Rai Sharma, while Khan got the better of another experienced player, Errol Tiwari. The other match played on the opening day was a draw between Loris Nathoo and the 2020 National Speed ​​and Blitz Champion, Davion Mars.

The Wendell Meusa conflict (another favorite) and the Glenford Corlette conflict have been postponed until Tuesday.
Drayton chose to start with the opening of the Queen’s Gambit and by eight moves into the game, had Sharma bishops and ascension.
“My first match in the championships was not against Rai Sharma that was difficult despite finishing in 46 moves.”
Fortunately for Drayton, Sharma is better for quick chess because of his fast plays, which resulted in a blunder missed by the defending champion in the move of 16, which could have rocked the game in a different direction.

“In the coming games, I will have to keep my focus to be able to regain my title because the other players would not be so kind as to miss an opportunity like that,” added Drayton.
Khan chose to play the Sicilian Closed Variant, and kept Tiwari at bay until move 16, but failed a combination, which resulted in him losing his Queen (his main attack piece). “After that, I followed basic chess,” Khan noted.
Ten players qualified for the event, but former national school champion Saeed Ali and Justino DaSilva opted out due to work commitment.
Qualifiers and Finalists of the 2021 Closed Chess Championship are scheduled for the second half of the year.