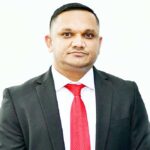 Kaieteur News – Guyana experienced a turbulent first year as an oil producing State. Not only was it hit hard by the economic effects of the COVID-19 pandemic, but it was also characterized by damning levels of air pollution.

For more than a year, the nation witnessed how ExxonMobil’s operations in the Liza Phase One Project contaminated the atmosphere with the burning of over a billion cubic feet of gas. This torch level was a direct result of a faulty gas compressor. Many expected that 2021 would be different after the oil titan claimed the issue was fixed.
It was hoped that if this happened again, the oil titan would be made to face the music; that he would be made to face some kind of consequence.
But those who held such optimism, especially as it involves change with Liza’s Phase One project, will surely be left to hang their heads in complete pain and shame for once again, ExxonMobil will not face any penalty for this reckless endangerment of the Environment. Confirming this on Friday night with Kaieteur News was Natural Resources Minister Vickram Bharrat.
Influenced by talk of revelations by ExxonMobil that its gas compressor had broken down again due to technical issues with a seal that would lead to increased torching, Bharrat said, “Yes, I confirmed this is true, but it is they are working to get this fixed in a few days. ”
The Minister said that, unfortunately, the development license granted by APNU + AFC had no provision which provided for the imposition of fines in these arrangements. “However, we discussed fines in the Payara development. We are working with them to get this fixed. ”
The Minister further said that production on the Liza field that reached 120,000 barrels of oil last year in December would not be affected by adding, that flare levels would not exceed 15 million cubic feet.
Extensive research conducted by Kaieteur News shows that gas flares contribute to climate change, which has serious implications for the world.
In fact, the Department of Mechanical Engineering at the University of Ibadan, Ibadan, Nigeria, was keen to point out in one of its studies that gas flaring is actually a major source of greenhouse gases (GHG) that accelerates global warming.

It was noted that torches release carbon dioxide and methane, the two main greenhouse gases. Of these two, methane is actually more harmful than carbon dioxide. It is also more common in flares that burn at lower efficiency. Those less efficient flares tend to have more moisture and heat-reflecting particles, which are said to have a similar effect on the ozone layer as aero-sols do.
Of the greenhouse gases investigated so far, Kaieteur News understands that the global warming potential of a kilogram of methane is estimated to be 21 times greater than a kilogram of carbon dioxide when the effects are considered.
The Mechanical Engineering Department has also noted, that torching contributes to local and regional environmental problems, such as acid rain with the associated impact on agriculture, forests and other physical infrastructure. The acid rain leads to environmental degradation, which includes soil and water contamination, and roof erosion.
In addition, over 250 identified toxins were released from torches including carcinogens such as benzopyrene, benzene, carbon disulphide (CS2), carbonyl sulfide (COS) and toluene; metals such as mercury, arsenic and chromium; sour gas with Hydrogen Sulfide (H2S) and Sulfur Dioxide (SO2); Nitrogen oxides (NOx); Carbon dioxide (CO2); and methane (CH4) which contributes to the greenhouse gases.
ExxonMobil’s EIAs, including the one under review for the Payara project, do not mention the above.
It does note, however, that a flare-up system will be provided for the safe collection and disposal of hydrocarbon gases produced as a result of unplanned events, unusual discharge and blow-downs.
ExxonMobil noted that relief events occur to prevent overweight scenarios in the processing equipment.
In addition, the American oil giant noted that unusual, temporary torches will occur during equipment maintenance, process agitation and startup.

Flame aboard the Liza Destiny