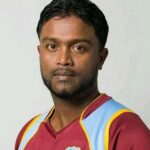 Kaieteur News – The excellent work of Berbice Cricket Board (BCB) continues to attract the attention of sponsors and former cricketers as the board strives to fulfill its commitment to return the game to its highest level after the covid 19 pandemic control it. The very lively board over the past three years under the Hilbert Foster Presidency has developed a reputation of attracting sponsors from across the country, the Caribbean and North America for tournaments and a wide range of development programs. One of the most enjoyable aspects of BCB’s marketing effort is its ability to get former players signed up to sponsor events and tournaments.

Current players like Shimron Hetmeyer, Kevin Sinclair and Romario Shepherd are tournament sponsors, while former West Indies opener Clayton Lambert recently led a $ 1.5M gears project that attracted support from former nationals Ray Joseph, Demerara-born Leslaine Lambert, Kevin Darlington and Nolan. Mckenzie. Former national captain Jerry Angus also contributed to the BCB / RHTYSC Butcher Basil gears joint project. Others like Anthony Bramble, Veersammy Permaul, Devendra Bishoo, Esaun Crandon, Ishwar Singh and Gudakesh Motie have also helped to support BCB’s work program. One of the BCB’s new initiatives for 2021 is to host several one-day cricket tournaments in venues where clubs may be struggling to attract young people to join and where the passion for the game has faded. Another goal of the tournaments would be to give clubs that are struggling to compete against the more established clubs like the RHTYSC and Albion the chance to win the BCB Tournament. The board hopes to organize this tournament at venues like Whim, Bush Lot Farm, Port Mourant, Skeldon, Chesney, Rose Hall Canje, Edinburgh and Bush Lot on the West Coast. Former West Indies player Mahendra Nagamootoo and his younger brother Vishal, who also played for Guyana, have agreed to sponsor the tournament in their home village, Whim. Port Mourant and Belvedere would clash for the Nagamootoo Brothers trophy.
West Berbice-born Troy Halley, who played for several teams in that area, contacted the board and agreed to sponsor another at the Bush Lot Ground. Four teams – Bush Lot United, Bush Lot Rising Star, Achievers and De Edwards would play in that tournament.
Former Guyana captain and West Indies player Narsingh Deonarine would be the sponsor of the Deonarine Cup to be played between Chesney, Fyrish and Courtland on the Chesney Ground. Deonarine, who played 18 tests for the West Indies, was born in Chesney. It received co-sponsorship from Faheed Ahmad, Jaynath Chakravarthy, Khavita Deonarine and Dariel Inshan Ali Deonarine.
Meanwhile, former BCB Executive, Lloyd Simpson, at the request of the BCB President, would soon transfer an office photo copier to the board as he continued his efforts to reduce overall operating costs.
Foster noted the cooperation of the former cricketers who now live abroad for remembering their roots and paying it forward. He said the players were impressed with the current state of Berbice cricket and most importantly they have confidence in his leadership. He thanked them and assured that 2021 would see an unmatched development in the county. Several other former players are negotiating with the board and more tournaments would be unveiled soon.