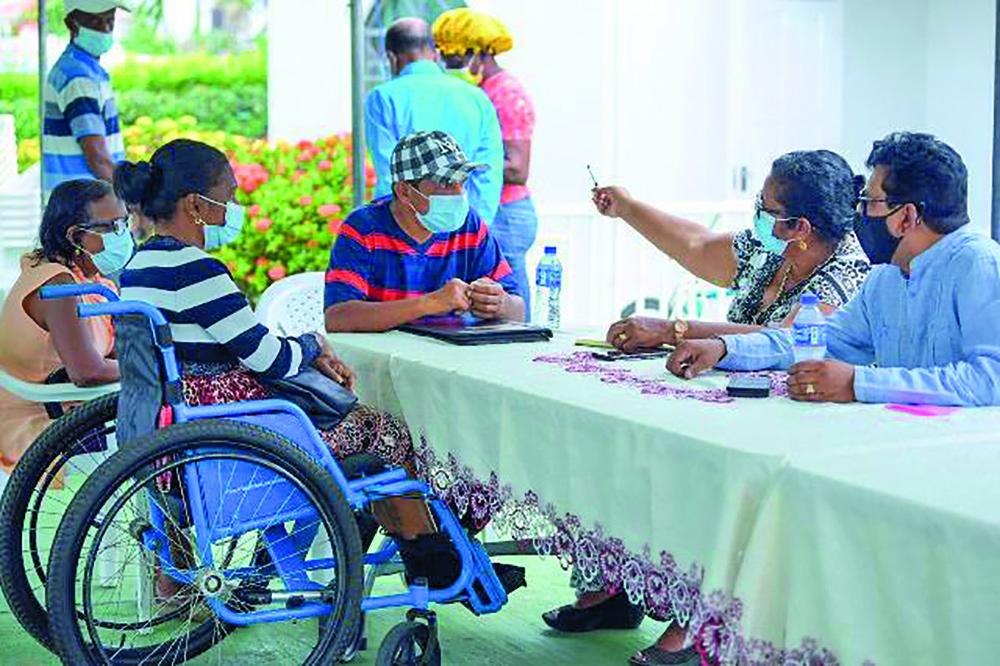 Attorney General and Minister of Legal Affairs Anil Nandlall, SC, has assured the residents of Region Two (Pomeroon-Supenaam) that the Government will not neglect them like the previous Government. The AG made this commitment during an outreach held at the regional State House where he had one-to-one interactions with residents.

They raised several concerns, particularly about housing.
“We are told by these residents that Lands and Surveys has stopped processing their applications and stopped addressing their issues, that much has been made clear. Also, almost all coastal areas were neglected. So what you have now is a predominance of issues that are raised and the constant complaint is that people did not see a Minister other than election time for five years, ”the AG is quoted by the Department of Public Information.
The Attorney General assured the residents that things are starting to change since the Administration came into force.
During his engagement with Rookmin Roopchan, who has a disability, AG Nandlall told them that they could access help from the Ministry of Human Services and Social Security.
Roopchan said she is grateful for the PE’s intervention. “We are very happy and motivated and much appreciated and thank you for the help and advice he gave us because I have been waiting for this for about three years now in this chair, and waiting for help so he gave us advice and you will benefit. ”
The Attorney General also undertook to investigate the issue of non-payment for services offered since March 2020. Roy Griffith highlighted to the AG that he and others were employed by Guyana Police G Division, Anna Regina, for services on Election Day, for which they are still indebted.
AG Nandlall is on a two-day outreach exercise in the region. Along with Regional Chairman Vilma Da Silva, Regional Executive Officer Devanand Ramdatt, Vice Chairman Humace Odit and Prime Minister Arnold Adams’ representative.