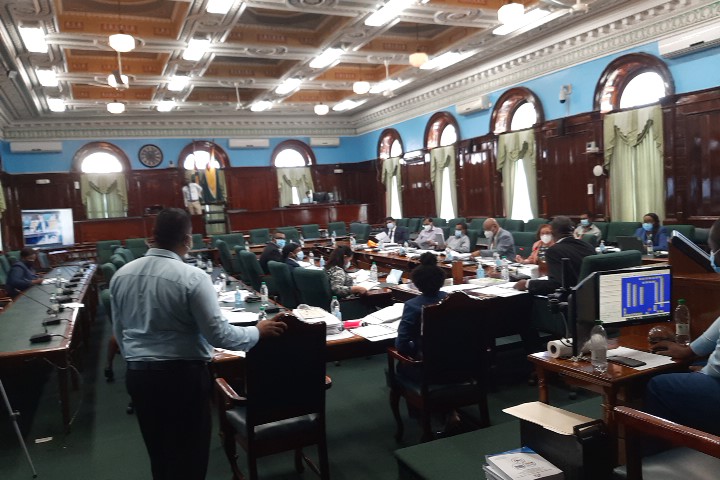 Guyana’s bipartisan House Foreign Relations Committee will meet on Monday to be briefed by the government on the Guyana-Venezuela border dispute, despite brouhaha over the venue.

Minister for Governance and Parliamentary Affairs Gail Teixeira said the meeting would go ahead at 1 PM. “We are not rescheduling the meeting. It will go on at 1pm, ”he said.

Earlier at the PAC meeting, Mr Patterson refused to agree with Ms Teixeira to end the PAC meeting in order to sanitize the National Assembly Chamber to become the venue for the Foreign Relations Committee.

The Minister for Governance referred to logistics and the need for social isolation of COVID-19 as reasons for wanting the Foreign Relations Committee to be held in the Chamber.

After the Chair of the PAC remained rigid in its position that its committee meeting would proceed as scheduled, despite the importance of the border issue, Ms. Teixeira proposed that the PAC meeting close at an appropriate time so that the Chamber could be used for the Foreign Relations Committee meeting.

“I will not put forward that proposal,” said Mr Patterson, urging Ms Teixeira and Public Works Minister Juan Edghill to repeatedly demand that the LLP cite the rule authorizing it to reject a proposal.

Despite repeated requests, Mr Patterson could not provide the rule also known as Standing Order.

However, he found his way and proceeded with the PAC meeting.

Mr Edghill rejected Mr Patterson’s dismissal as “a bold way of not even entertaining an offer. ‘

Opposition PAC member Jermaine Figueria acknowledged the border debate was an important issue but said there were other venues such as the Committee Rooms in the Parliament Building or the Arthur Chung Conference Center where the House Foreign Relations Committee could meet.