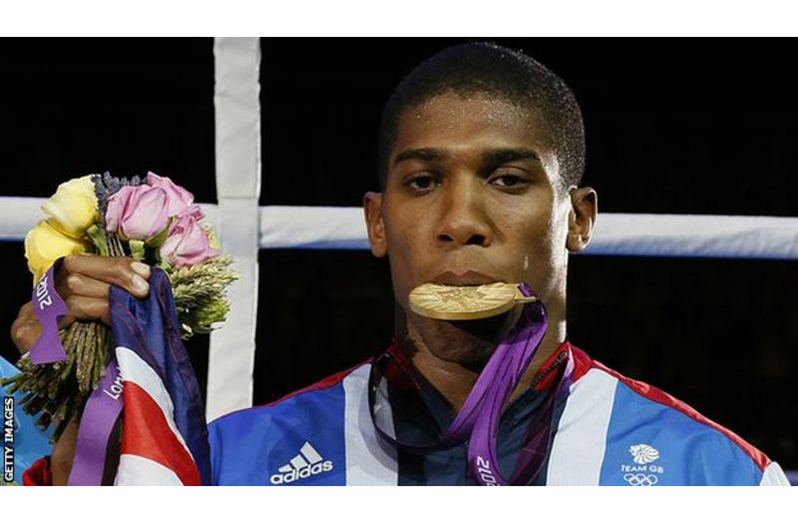 WORLD heavyweight champion Anthony Joshua has made a significant donation to help fund amateur boxing in Britain – saying he hopes “we haven’t lost the next generation” of fighters. Some clubs have closed and boxing was not included in a list of sports that received a £ 300M bailout in November. British Joshua, 31, donated a six-figure sum to the amateur boxing federations of England, Scotland and Wales. “Without boxing on the ground, there is no Anthony Joshua,” he said.
“The doors to these gyms are always open to any child of any background,” Joshua, who turned professional after winning Olympic gold in London 2012, told BBC sports editor Dan Roan.

“If I was 18 years old again and in a situation where the gym was closed and might not open, I would be depressed.
“It’s not just financial support. I often try to motivate these kids by being among them, bringing down my belts and training with them.
“I think over the next 10-15 years, you’re going to see tomorrow’s leaders, but hopefully it’s not 25-30 years because we’ve lost this next generation.”
Funding is provided to clubs most in need.

Gethin Jenkins, chairman of England Boxing, said: “We are delighted and we thank Anthony for this much needed financial support and for highlighting the role and support that the clubs play. offer in their local communities and with the need for more government support. to grassroots boxing clubs. ”
Although boxing was not included in last month’s government support, Sport England has distributed £ 2.5M to local clubs since the start of the COVID-19 pandemic.
Joshua became the first world champion in 2016 when he beat American Charles Martin to win the IBF title.
His latest fight was a ninth-round stop of Bulgaria’s Kubrat Pulev at Wembley Arena on December 12. (BBC Sport)