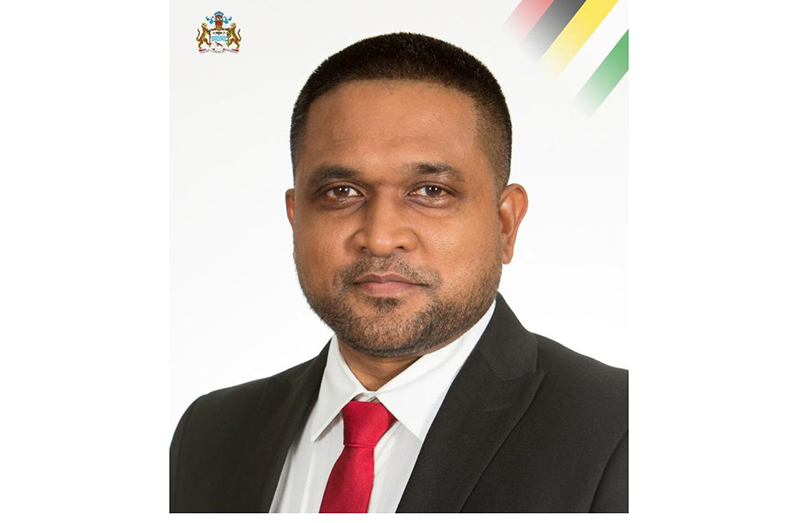 AS the Ministry of Local Government and Regional Development is preparing for the 2021 budget, a strange concentration is being directed toward training human personnel, improving relationships with communities and strengthening local organs to carry out the ministry’s mandate. The Minister for Local Government and Regional Development, Nigel Dharamlall, revealed this during an interview with the Guyana Chronicle on Thursday, while elaborating on some of his ministry’s plans for the year 2021. The minister revealed that implementing the emergency budget is 2020 was just the tip of the iceberg, and the significant increase that resulted from that budget was indicative of how the People / Civic Progressive Party (PPP / C) Government will move forward.

“I think that in 2021, we will deepen that relationship we have with our citizens and can expect more investment in the community,” said Dharamlall. He noted that major plans were underway for infrastructure: roads, bridges, physical amenities in villages and street lighting. The ministry will also spend heavily on drainage and irrigation works. Dharamlall revealed that one area whose ministry is working cohesively to strengthen and develop is solid waste management in the country; plans are currently underway to develop new and improve existing landfill sites.

“We plan to expand our strength and effort in solid waste management; we are looking in Region Two to get another area for landfill; Region Three and Four do not have one, so in 2021 we plan, as far as possible, to have landfill facilities in those regions, ”the minister explained. He added: “Also in 2021, cell two of the Haags Bosch Sanitary Landfill Facility will begin receiving solid waste.” Markets are also slated to see major upgrades. The minister noted that applications had already been made for major infrastructure works to major markets such as Parika, Charity and Mon Repos.

“We will also invest heavily in human and social capital in the regions. As well as making community infrastructure, we also have to raise lives – that is a significant area of ​​our responsibility in the ministry, ”the minister noted in explaining that considerable resources will be directed to the development of groups youthful and vulnerable. The focus of the ministry’s investment in human resources will extend beyond just citizens in the communities; major training and development will take place with ministry staff and its various organs to ensure its policies are implemented efficiently and effectively. “We are currently building in-house capacity in the ministry and in the regions to make the implementation of the project much more efficient, we will be visiting all 10 regions in the coming weeks to ensure that one of the technical officers involved. with what’s going on, ”said Dharamlall.

Citizens can also expect a revamp of neighborhood democratic councils (NDCs) and municipalities. Dharamlall explained that efforts are being made to modernize services offered by the NDCs and municipalities and to ensure that people benefit from those services. As such, councils are held to a higher standard and will have a more common role in the communities in addressing issues. Dharamlall explained that the ministry’s intention is to ensure that people from within the communities benefit significantly from projects implemented in their communities, and as such, these individuals will lead many projects. “We will also do what has not been done before and that is to involve so many people in their own communities to be involved in the delivery of work, which will create many jobs within the communities. We started that late last year and will intensify it this year, ”Dharamlall noted.