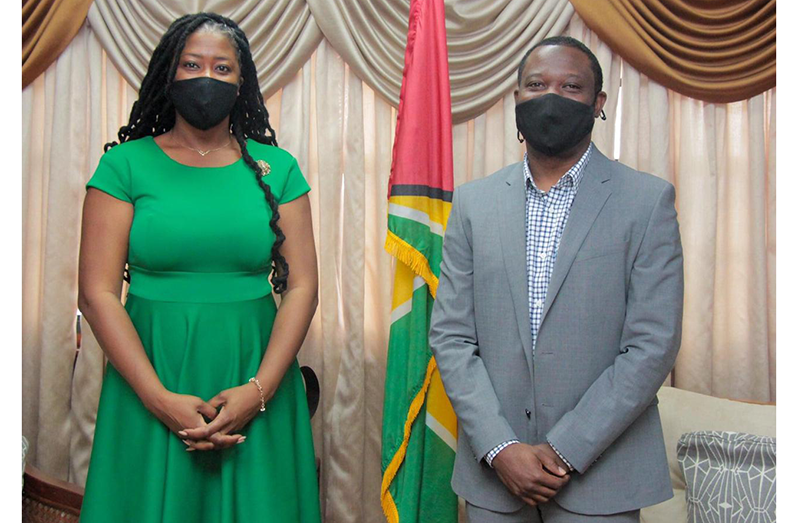 COGNIZANT of the need for a two-pronged approach to the developments in the debate on the Guyana-Venezuela border and ensuring the welfare of Guyanese fishermen detained in Venezuela, Minister for Foreign Affairs and International Cooperation, Hugh Todd, on Wednesday met with the Senator of the Opposition, Amanza. Walton- Desir. Walton-Desir is the Shadow Minister of Foreign Affairs of the Parliamentary Opposition.

According to a statement from the Ministry of Foreign Affairs and International Cooperation, the Foreign Minister updated the Opposition Member of Parliament (MP) on the detention of crew and ships and the Government’s efforts to ensure their safe return to Guyana. The statement noted that Minister Todd had reiterated the Government’s position on inclusive governance and called for similar commitments with other shadow ministers. Importantly, during the meeting, Walton-Desir expressed the strong opposition of the Parliamentary Opposition to the Guyana-Venezuela border dispute and registered her concerns about the fishermen’s welfare.

“Minister Todd and Ms echoed Walton-Desir the need for a bi-partisan approach between Government and the Opposition, on issues related to the Guyana-Venezuela border debate and welcoming an ongoing dialogue on the issue, ”the statement noted. In another statement on her Facebook page, the opposition MP said she was informed that the Government had taken several steps in light of the recent detention of 12 crew members on two fishing boats. These included protest notes to several international organizations and direct engagement with the Venezuelan Foreign Minister. She noted that she was also informed that the ministry was in direct contact with the affected families. “Importantly, I underlined the need for the administration to embark on a public education campaign so that all Guyanese men, women, and children can properly understand and articulate Guyana’s position as it relates to Venezuela’s repeated allegations,” said Walton-Desir .