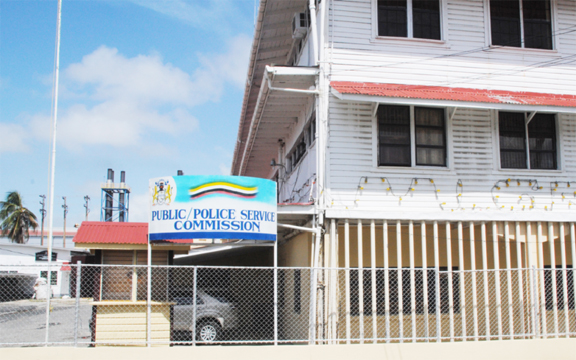 Several other Guyanese policemen have moved to the High Court to challenge being excused for promotion because of a pending disciplinary case against them.

However, Attorney General Anil Nandlall told Chief Justice Roxane George-Wiltshire that he was due to meet the Chairman of the Police Service Commission, retired Assistant Commissioner Paul Slowe in a bid to resolve the issues.

The Chief Justice deferred, noting that the cases were now considered “in settlement” of the hearing until February 5, 2020.

Between now and that date, the Attorney General and the Chair of PSC are expected to meet on January 15, with the possibility of additional meetings. Mr Slowe is currently in Bangladesh as part of his duties with India Cricket West.

Mr. Nandlall noted that, based on preliminary discussions with Mr. Slowe, that the parties are on a “path to resolution.”

Attorney-at-law Dexter Todd said he was about to raise a point of law but declined, saying “I don’t want to predict what the negotiations will be.”

In essence, the officers challenge their lack of consideration for promotion to the post of Assistant Commissioner, in some cases, on the basis of long-awaited departmental disciplinary issues.

Those for promotion to Assistant Commissioner include Superintendents Edmond Coooper, Kurleigh Simon Stanton, and Phillip Azore as well as Stanton.