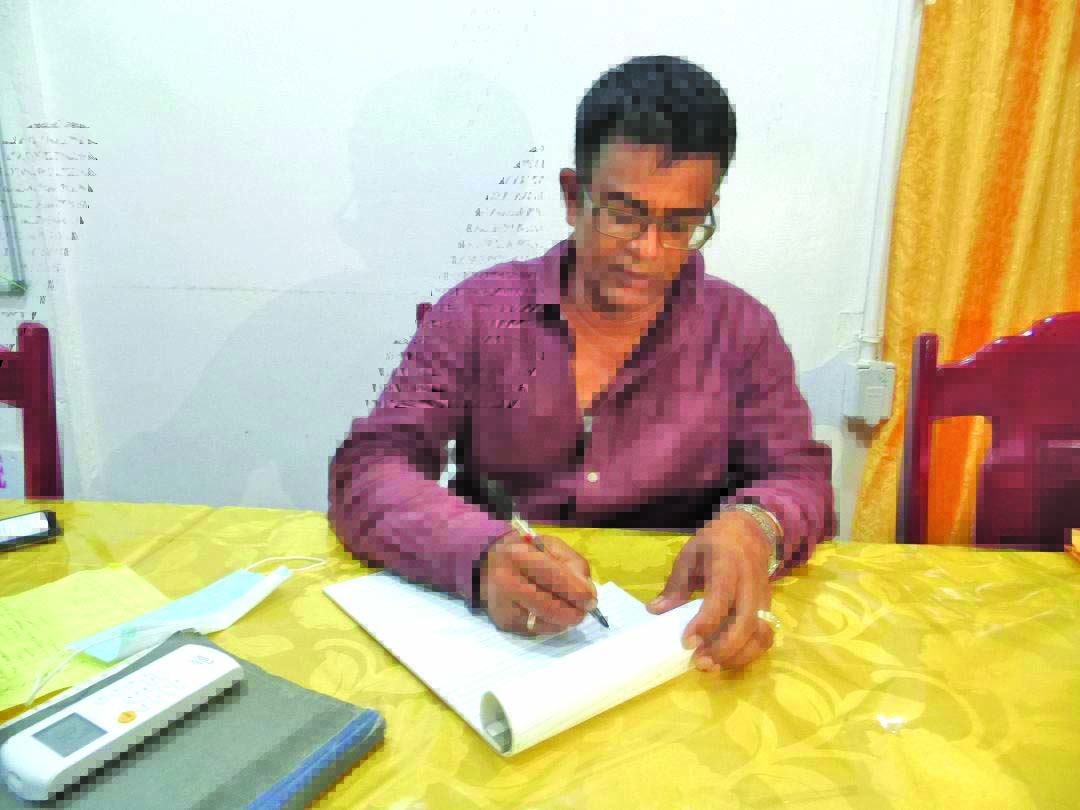 Fishermen’s Co-op No. 66 calls for the release of Guyanese held by Venezuela – Guyana Times

Home Top Stories No. 66 Fishermen’s Co-op calls for the release of Guyanese detained by Venezuela

The Fishermen’s Co-operative Society No. 66 has joined growing calls for Venezuelan authorities to immediately release 12 members of the Guyanese crew and two boats illegally detained by the Spanish-speaking country last week.
Chairman of the Fishermen’s Co-operative Society No. 66, Pamashwar Jainarine on Friday said the actions of Venezuelan authorities were disturbing.

He argued that the twelve fishermen aboard the ships of Lady Nayera and Sea Wolf operated off the coast of Waini Point, within Guyana’s exclusive economic zone.
The Guyanese fishermen and vessels were illegally detained by Venezuela on January 21, 2021. It has been more than a week, and the men have not been released.
While Venezuela claims the men are in its waters, Jainarine said the actions of Venezuelan authorities are outside the usual accepted practice for fishermen who are said to be seeking their trade without the relevant permits.
He added that the Co-op, as a body, condemned the disgraceful act by the Venezuelans and called for the release of the fishermen as early as possible.
“We hear, 45 days from now, then they’ll be on trial, that’s not fair. For one, the fishermen were within their right; they had the required licenses to fish in Guyana waters. If they are charged, they should be bailed, they should not be in custody for 45 days, ”Jainarine argued.
His remarks come on the heels of growing pressure from the international community for Venezuela to respect Guyana’s sovereignty and release the illegally detained fishermen.
“We are here at Co-op No. 66, actually fishing on the border with Suriname and sometimes there are cases where our ships are not properly licensed or sometimes the licenses expire and it would be ‘ The Suriname authorities are holding them. But, these issues are resolved by paying a fine or something of that nature and the boats are released … It’s a simple fishing event, if Venezuela claims you are fishing in their waters it should be punishment; if it is a fine, they should fine them and release them. ”
Claiming that the fishermen were in Guyanese territory when they were taken into custody by the Venezuelans, Jainarine highlighted that the fishing gear should have devices that can attest to the exact location of the boats at the time of the interception.
“If the ship had a VMS or a boat monitoring device, it would have been able to identify the ship’s location. That is something that we have been pressing for to ensure that all boats are equipped with all sorts of equipment to avoid such incidents. ”
There are reports that a third local Guyanese ship aboard has been captured by Venezuela. Foreign Affairs Minister Hugh Todd had told the media on Thursday that the Government was investigating those reports.
ABC countries – that is the USA, United Kingdom, and Canada – have all called on Venezuela to release the Guyanese.
The Caribbean Community and the American Provinces Foundation have also thrown their support behind Guyana. (G4)