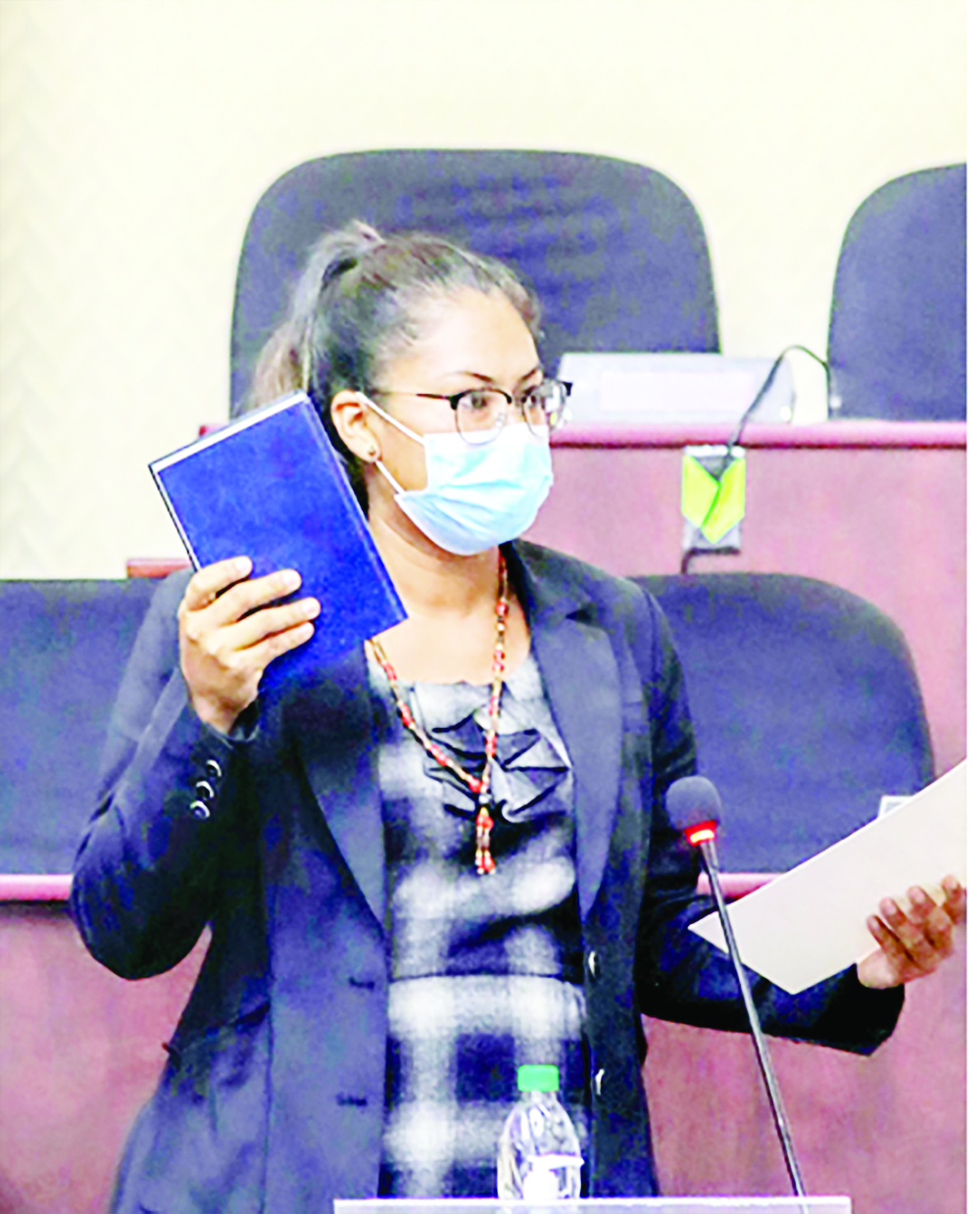 In his latest court case, Opposition Chief Whip Christopher Jones argues that the appointments of Sarah Browne and Vickash Ramkissoon as non-elected Members of Parliament (MPs) and Parliamentary Secretaries to the Amerindian Affairs and Agriculture Ministries respectively violate the Guyana Constitution.

Nothing unconstitutional
The Minister for Governance and Parliamentary Affairs Gail Teixeira had told this publication that there is nothing unconstitutional with Browne and Ramkissoon’s appointments. On September 15, 2020, when they were appointed, Teixeira had made clear that constitutional reforms in 2009 provided for four technocrat Ministers and two Parliamentary Secretaries.
According to the veteran politician, Parliamentary Secretaries can be appointed from MPs who are elected [on the party’s list], or by persons who are eligible to be MPs. “So you can have an MP who is a Parliamentary Secretary and one who isn’t.”
“Those who are not elected MPs [not on the party’s list], they are allowed to sit in Parliament (i) speak but not vote. ”
She had further clarified that, in the past, Pauline Sukhai, now Minister of Amerindian Affairs, is an MP and Parliamentary Secretary at the Ministry of which she is now head. He said the current Labor Minister, Joseph Hamilton, is an MP and Parliamentary Secretary at the Ministry of Health.
This latest court case comes two weeks after Chief Justice Roxane George ruled that appointing Oneidge Walrond as Minister of Tourism and Member of Parliament was illegal, as she was a U.S. citizen when she took the oath of office.
Attorney General Anil Nandlall had admitted that her appointment was made in breach of the Constitution, and since then the Government has taken steps to remedy this by getting Walrond to take the oath of office.
Article 155 prohibits dual citizens from being elected members of the National Assembly.