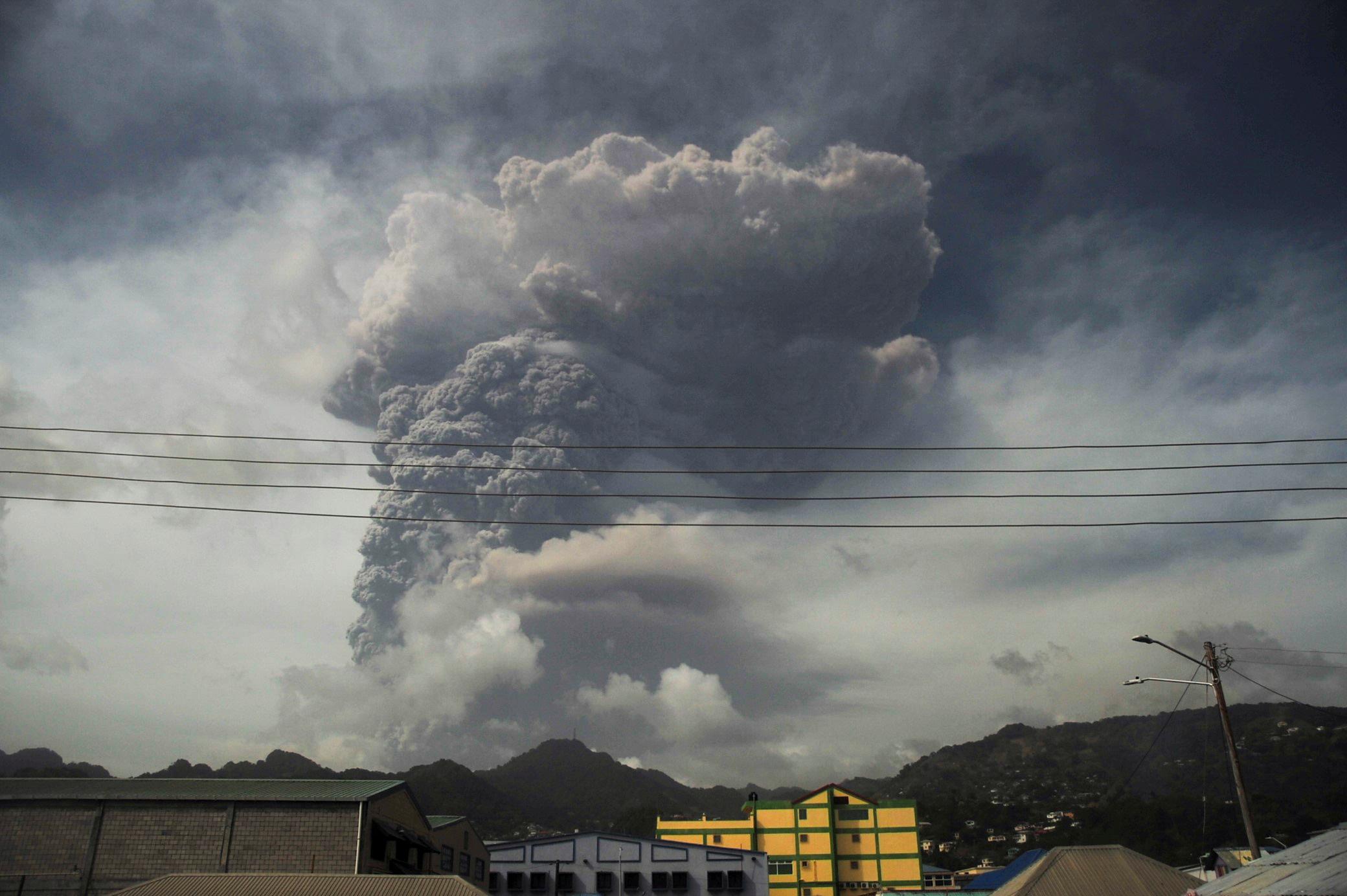 KINGSTOWN, Saint Vincent and the Grenadines, (Reuters) – Hot flushes of ash, rock fragments and gas tear down the sides of La Soufriere’s volcano on the small Caribbean island of Saint Vincent today after its most powerful eruption yet, four days after it first began to explode.

La Soufriere exploded back to life on Friday after decades of inactivity, pumping dark clouds of ash about 10 km (6 miles) into the air and triggering the evacuation of thousands of nearby residents by sea and land.

No deaths have been reported yet but about a third of the island is off limits and airspace remains closed while power and water supply are intermittent in some communities.

Several Vincentians told Reuters they avoided venturing outdoors as the ash chokes the air and turns into cement in the rain, making it difficult to walk or drive.

“We get a lot of soaring, and it is hard to breathe sometimes,” said Aria Scott, 19, a student living in the Kingstown capital of Saint Vincent and the Grenadines. “I’m not going out because I don’t want to take the risk.”

Today’s explosion at around 4am local time was the most powerful so far, said Erouscilla Joseph, director of the University of the West Indies Seismic Research Center, who warned that the explosion could cause mud flows as ash was swept into rivers.

“We expect more explosions to be possible over the next few days,” he said.

Saint Vincent and the Grenadines, where just over 100,000 people live, had not experienced volcanic activity since 1979, when an explosion caused about $ 100 million in damages. The La Soufriere explosion – which means “sulfur outlet” in French – in 1902 killed more than 1,000 people.

The Caribbean Disaster Management Agency said today that it estimates around 16,000-20,000 people would be displaced by volcanic activity, with 3,600 currently in refuges and others staying in relatives ‘and friends’ homes.

Primary school teaching assistant Clea Westfield, 20, said her family was coping with the water supply cuts because they were stocked before Friday’s explosion but were running low on food after panic bought empty supermarket shelves over the weekend.

“I hope the explosions would ease and return to normal within the next month or so,” he said. “When we get back there will be a lot of cleaning to do”.