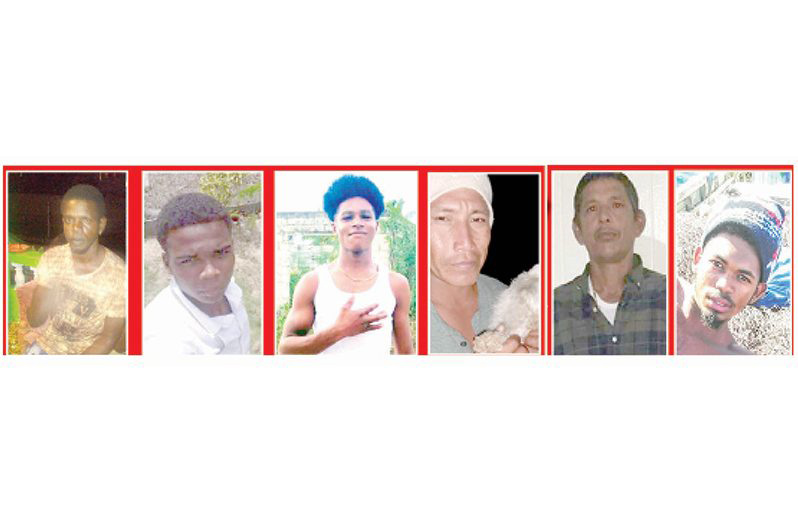 THE Guyanese fishermen detained in Venezuela are running low on groceries and worried they may not have anything to eat on Monday, according to the owner of the Sea Wolf, one of the vessels that n be detained, Kumar Lalbachan.

The 12 fishermen, who operated their trade along the Waini River in two groups of six on Lady Nayera and Sea Wolf ships, were caught by Venezuelan naval troops last week. They have since been detained illegally, pending an investigation.

This act of ‘interference’ by Venezuela has been condemned by local authorities, who have upheld claims that the two vessels, operating off the coast of Waini Point, within the Guyana Outstanding Economic Zone (EEZ), were intercepted by a Venezuelan naval ship, Commandante Hugo Chavez GC 24, on Thursday, January 21, 2021.

On Friday, when the Guyana Chronicle spoke to Lalbachan, he said he had been in constant contact with Sea Wolf Captain Toney Garraway via Whatsapp. While the men reported that they were doing well aboard the ship, Garraway was worried that his crew’s food supplies were running low and could be depleted by Monday.

Lalbachan indicated that he would work with Lady Nayera’s owner Trevor Daniels to find a way to provide some support for the crew of the two boats. This, he noted, may be challenging given that the men are kept on board the ships, but he is hopeful that some help will find its way into the crew.

Minister of Foreign Affairs and International Cooperation, Hugh Todd, in an invited comment, said his ministry would contact the owners and captains to see what assistance could be provided to the 12 Guyanese.

“In cases like this, the owner would need to take care of some of the expenses, but due to the nature of the matter, we can provide some assistance,” Todd told the Guyana Chronicle, stressing: “Our interest is to take care of about them. ”

He also contacted that Venezuelan Foreign Affairs Minister Jorge Arreaza had ensured that the men’s needs would be met while in detention. On Wednesday, a Panama delegation to the American Provinces Organization (OAS) firmly called for the welfare of the detained Guyanese. Several other OAS members, including Panama, the United States, Antigua and Barbuda and Trinidad and Tobago, and the OAS General Secretariat itself called for the immediate release of Guyanese fishermen.

The Government of Guyana follows all diplomatic avenues to ensure that these men are returned home safely and as quickly as possible.

Meanwhile, the Ministry of Foreign Affairs has been notified of unconfirmed reports indicating that another fishing vessel registered in Guyana, ‘Miss Annie’ – GR972360 – and her seven-member crew have been detention by Venezuelan army on Monday.

According to an unconfirmed report published in a Venezuelan newspaper, Miss Annie is allegedly fishing illegally in Venezuelan authorities. This has not yet been confirmed or tested. To confirm these reports, Minister Todd noted that the Guyana embassy in Caracas, Venezuela, had contacted the Foreign Ministry in that country. However, no response has been received to date.

The Government of Guyana has regarded the illegal detention of Guyanese fishermen as an unnecessary show of aggression by Venezuelan armed forces against Guyana and Guyanese citizens. It follows the heels of a recent unilateral decree by Venezuela’s President Nicolás Maduro, claiming Venezuela’s sovereignty and exclusive sovereign rights in the waters and seabed off the coast of Guyana, west of the Essequibo River.

Guyana is currently seeking a final and binding ruling that the 1899 Arbitration Award, which established the location of the land border between the then British Guiana and Venezuela, remains valid, and that the Essequibo region belongs to Guyana and not Venezuela.

In December, the International Court of Justice (ICJ) ruled that it had jurisdiction to hear the Guyana / Venezuela border dispute case and the World Court is preparing to hear the arguments in the matter of substance.