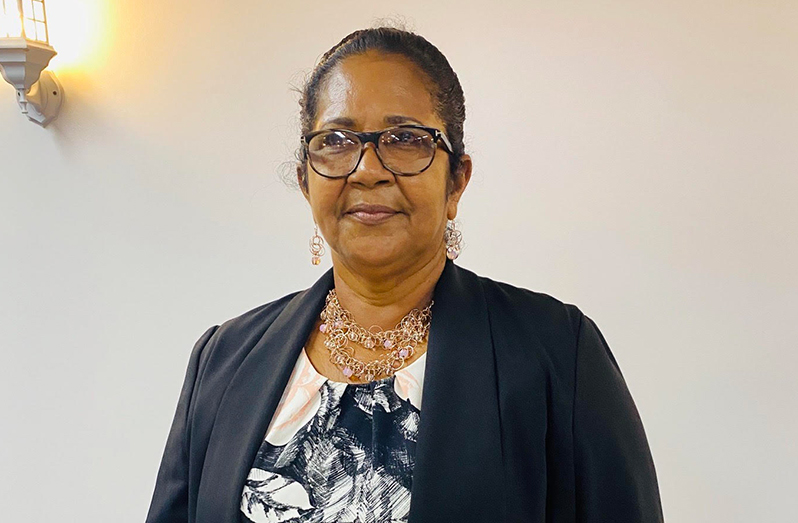 – so that it has a ‘bright future’

DIVISION Two (Pomeroon-Supenaam) Chairman Vilma De Silva is urging farmers in the Pomeroon-Supenaam region to diversify and invest in the coconut Industry, he said
leads to big gains. De Silva made these comments during an interview with members of the media during a recent visit to several areas affected by flooding. He said that while Region Two is primarily a rice growing area, farmers need to think “outside the box” and invest in coconuts. He explained that coconut trees are resistant to the wet and dry weather conditions. “Now that the region is flooded, we are seeing cash crops run out as well as rice; the coconut industry is not affected. These trees are weatherproof, that’s why farmers need to invest wisely, ”said De Silva.

De Silva, who has links with the industry, said that there are huge demands for coconut water internationally and that farmers need to take advantage of those markets. He further explained that the industry offers many opportunities in terms of adding value. She is the owner of Henvil coconut water and said she often exports bottled coconut to Trinidad. He exported two containers of coconut to the Caribbean last year. The regional chairman expressed optimism that the industry, with better infrastructure in the Pomeroon River, will blossom. She revealed that she intends to have discussions with the relevant authorities regarding the opening of additional lands in the Pomeroon River for growing coconuts.

“Farmers in that area are asking [unblocked] drainage. Once this can be done, then Pomeroon can become the Caribbean bread basket, ”added De Silva. When asked what prevents farmers from investing, De Silva decided that most of them have to invest privately to carry out drainage works that are sometimes very expensive. Another obstacle is that most of the lands are leased and farmers do not have “Land Titles,” which makes it difficult to access the banking system for loans. “While the lands are there, farmers are making the money [but] they have to reuse [it] to reinvest because the banks are not lending money for further investment, as there is no form of security, ”said De Silva.

However, De Silva is confident that prudent PPP / C government investments will be made in the drainage and irrigation (D&I) systems in the Pomeroon River. This in turn can stimulate development in that area. He said once this is done, families will be able to nurture and enjoy a better life. According to De Silva, the Pomeroon areas were neglected by the previous administration. For years farmers suffered from poor drainage and irrigation which resulted in them either emigrating from the area or abandoning their farm lands.