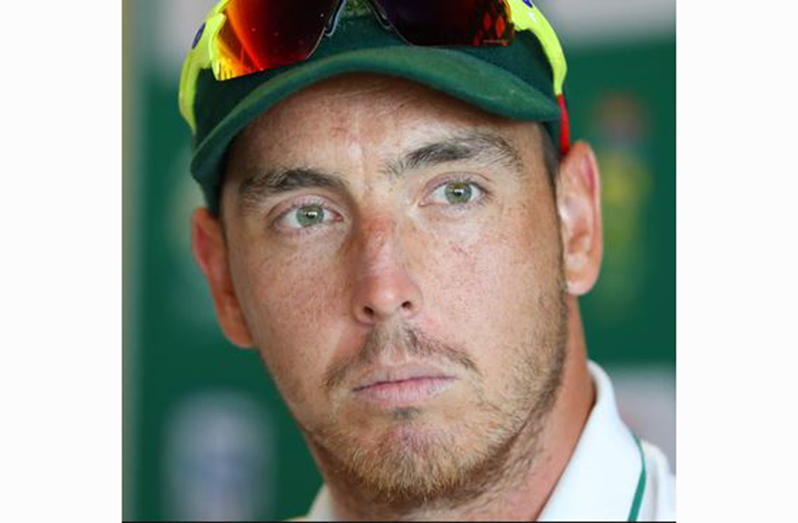 PRETORIA, South Africa (Reuters) – The end of the Kolpak system in England will be a major boost to South Africa’s cricket efforts to keep its best talent at home in a more competitive domestic scene, according to bowler bowler Kyle Abbott.
The United Kingdom’s departure from the European Union on January 1 closed a gap that gave anyone with a work permit from a country with an associate trade agreement with the EU the same rights as an EU worker.
South African cricketers have been major beneficiaries over the years, signing lucrative contracts with English counties that automatically barred them from representing the national team.

Abbott has signed on for the South African Titans franchise for the remainder of the 2020-21 season – a return to the world-class domestic circuit for the first time since joining Hampshire as a Kolpak player in 2017. The 33-year-old was involved from the then South African international organization across all three formats but has not played for his country since then, having become a leading performer on the county circuit. He effectively gave up his international career for domestic cricket in England, among 45 South Africans to do so under Kolpak rule since former spinner Claude Henderson became the first in 2004.
“With Kolpak gone, it has closed the door for many boys. That can only be good for South African cricket to keep these players. More experience and less watering down the (domestic)

best system, ”Abbott told reporters yesterday. “People don’t realize that it was never an easy decision for any of us (Kolpak players). You catch a lot of flap from crowds. As much as South Africa didn’t want to see us go, the English crowds didn’t want to see us there. “But at the end of the day, it was just a career decision and I don’t regret anything I did.”
Abbott will remain with Hampshire for at least two more seasons, but now as a foreign professional, which makes him eligible for South Africa again.
“At the moment, that’s not my immediate view. I had a very difficult 2020 (because of the COVID-19 pandemic), where I bowled about five overruns of competitive cricket. So right now I just need to go back to the space I was in (it) 18 months ago. “