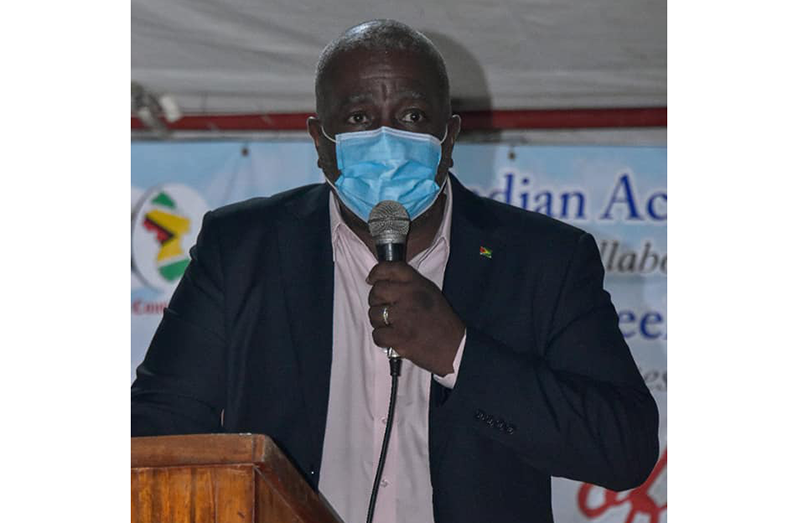 PRIME MINISTER, Brigadier (ret’d) Mark Phillips, said the dark days should not be repeated, which led to the senseless massacre of innocent lives in Lusignan. The First Minister, along with several Government ministers, on Tuesday joined residents of the community and relatives of the deceased, at the 13th annual memorial service in memory of the victims who lost their lives during the massacre that occurred on January 26 , 2008.

The Prime Minister, who sympathized with the community, said that the lives of those who were brutally murdered during the period of needless killing in the country will forever remind someone of the evil that exists and ‘ r need to counteract such. “We are reminded of these dark times, not to dwell on them, but to be guided by the lessons learned as a nation and as a Government, that such a time should never re-take place; that all our efforts and resources must be plugged to ensure that our citizens should never again live in the fear that was cast over that age. “

The Prime Minister recalled that 13 people, including three policemen, lost their lives during a similar massacre in Bartica, Cuyuni-Mazaruni (Region Seven) less than a month after the massacre in Lusignan. “Even as we protect our citizens, our unity as a people must keep pace with those efforts. Conflict and interpersonal conflict must be put aside so that we can focus our energy on healing…. We must build this nation on the basis of these painful but firm lessons; lessons that will guide us on how not to repeat these mistakes, ”he said.

On Saturday, January 26, 2008, gunmen stormed through several homes in the Lusignan community on the East Coast of Demerara, killing 11 people – five children and six adults.
The victims were Clarence Thomas (48), Vanessa Thomas (12), Ron Thomas (11), Mohandan Goordat (32), Seegopaul Harilall (10), Seegobin Harilall (4), Dhanwajie Ramsingh (52), Seecharran Rooplall (56) , Raywattie Ramsingh (11), Shazam Mohammed (22), and Shaleem Baksh (52). Lusignan Massacre Survivor Howard Thomas, aged 32, died at the age of 18 when the tragedy, his father and two siblings took place during the suffering. He said he hid under his bed to avoid the killers, but was still shot twice in his right arm.

“All I can remember after I was shot is that you hear people screaming and other gunshots in the area, but I couldn’t identify anyone because I hid under the bed, I came out an hour later when he came friends into my home and rushed me to the hospital. ”Also present at the event were Legal Affairs Minister Mohabir Anil Nandlall, SC; Minister of Public Works, Bishop Juan Edghill and Minister at the Ministry of Local Government and Regional Development, Anand Persaud. The India Executive Committee (IAC) organized the commemoration evening in collaboration with Panko Steel Fabrication.