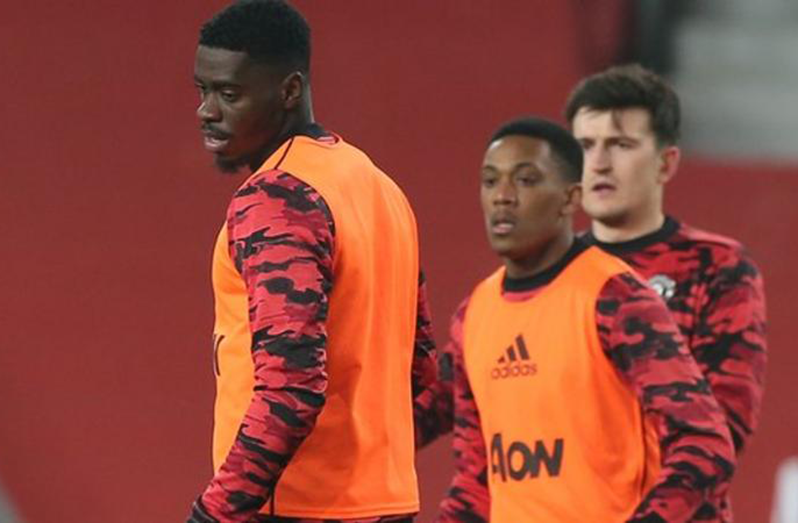 MANCHESTER United say they are “disgusted” after Axel Tuanzebe and Anthony Martial were racially abused on social media by “thoughtless idiots” after losing Sheffield United on Wednesday.
Both players started the 2-1 Premier League loss at Old Trafford.
United midfielder Scott McTominay wrote on social media that he was “disgusted by what I have read this morning”.
Club captain Harry Maguire added: “United against racism. I would not tolerate it. ”

Former United defender Rio Ferdinand called it “a disgrace”, adding: “These ignorant idiots need to be exposed for all to see.”
In a statement, the club said: “Everyone at Manchester United is disgusted by the racist abuse that players received through social media after last night’s game.
“We totally condemn it and it’s encouraging to see other supporters condemning this on social media as well.
“Identifying these mindless anonymous idiots remains a problem. We urge social media platforms and regulatory authorities to strengthen measures to prevent this type of behavior. ”
The anti-racism charity Kick it Out said perpetual abuse of players on social media was “totally unacceptable” and reiterated its view that those responsible for online hate must face “real life consequences” ”.

“We know that discriminatory abuse can have a significant impact on the well-being of victims,” ​​said Kick it Out chairman Sanjay Bhandari.
“We will continue to work with the football authorities, law enforcement and social media companies to try to eliminate football from hateful and discriminatory behavior.”
The Association of Professional Footballers (PFA), the players’ union, has urged Tuanzebe and Martial – as well as any other player targeted by racist abuse – to “press charges”.
“We want perpetrators to be held accountable for their online behavior,” the PFA said in a statement.
“The accounts of the sender must be banned. Their details need to be provided to the appropriate authorities for further action. ”
What is being done about online abuse?

On Monday, the UK government held talks with current and former footballers about tackling discrimination and abuse.
It will come as the government plans to introduce new laws on online abuse in 2021.
In September, Kick It Out revealed that there had been a 42% increase in reports of discrimination in professional football in England the previous season.
Earlier this month, the anti-discrimination charity convened talks between key football authorities, policing and social media companies to discuss how to tackle online abuse in football. (BBC Sport)