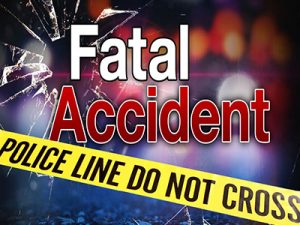 A teenage girl from Village No. 7, West Coast Berbice (WCB) is now dead after being hit by a drunken Guyana Defense Force Corporation on Easter Monday.

Sirkissoon of No. 7 Village, WCB, was riding a bicycle on Public Road No. 6 around 21:45h on Monday when he was struck by a car driven by GDF Corporal.

Police say the driver claimed, as he proceeded west along the south side of Public Road No. 6, he saw a pedal cyclist cycling across the road from north to south. The driver claims that on seeing this, he tried to pull to the right to avoid a collision, but despite his effort, he collided into the back of the said pedal cyclist.

As a result of the collision, the pedal cyclist fell to the road surface where he sustained injuries to his body.

He was picked up by citizens of a public spirit in an unconscious state and transported to Fort Wellington Public Hospital where he was treated for head injuries and later transferred to the New Amsterdam Public Hospital. He was admitted in a serious condition and eventually succumbed to his injuries.

His mother identified his body this morning around 08:30h, police said.

At the time of the accident, there were three people in the car – the driver, another male and a female. They were all taken for treatment and sent away.

Police said statements were taken and the driver was served with a notice of pending prosecution. An army test was carried out on the army rank and showed a reading of .70 and .76 micrograms of alcohol in his blood. The legal limit is .35 and below.