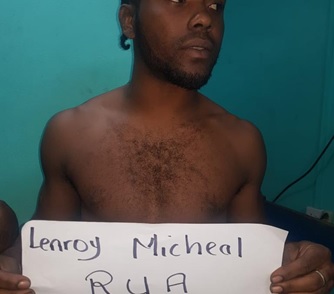 Police have issued a wanted bulletin for a man who allegedly started another man on Drysdale Street, Charlestown last night.

Investigators have linked the killing to a suspect known as ‘Biggie’.

Preliminary information reveals that the incident stemmed from a dispute between the two men over an alleged robbery committed by ‘Biggie’ on a victim known to Haywood, according to police.