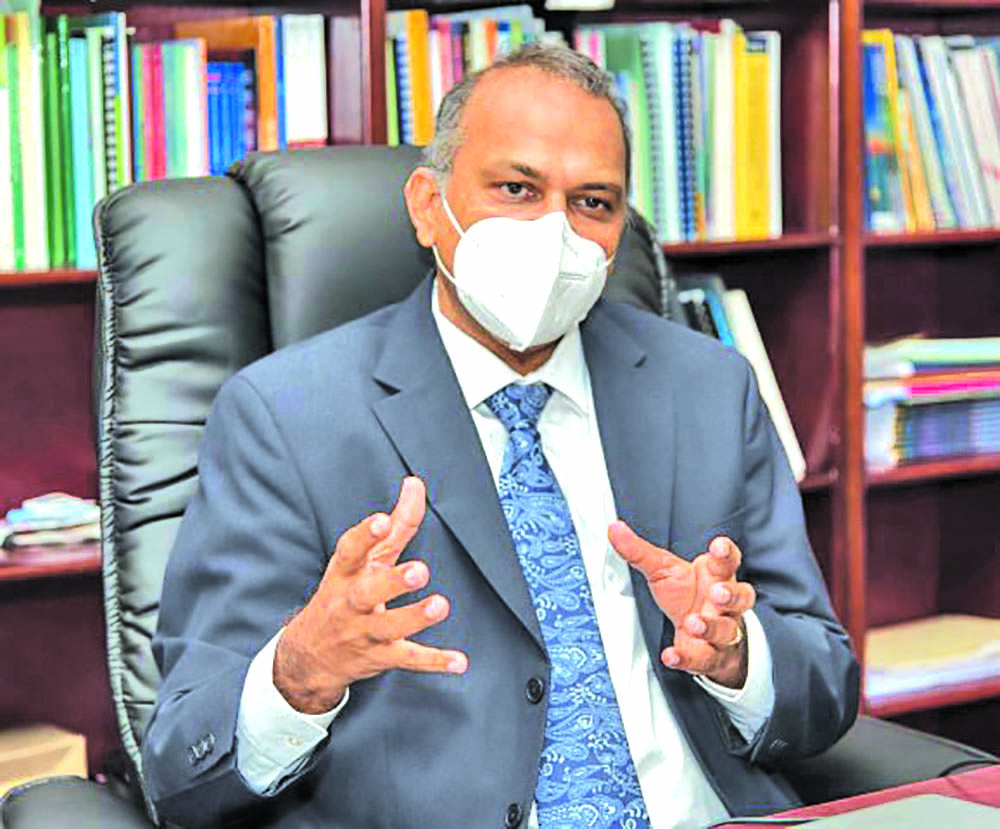 … Over 52,000 people were vaccinated – the Health Minister

More than 52,000 people across Guyana received their first dose of the COVID-19 vaccine this week – a landmark achievement as the Government seeks to vaccinate the entire adult population.

Health Minister Dr Frank Anthony said the health system had increased its daily immunization statistics to an estimated 4500. This week, authorities were aiming to vaccinate 40,000 people and have already exceeded this target.
“We have completed vaccination for 52,554 people and so we are on track with what we have identified. I think that’s good that people are coming out to get their vaccines. Most of the vaccines we use are two doses so those people who have taken the Sinopharm vaccine, many of them are now due. “
Although the interval between doses for the Sinopharm and Sputnik vaccines is four weeks, the AstraZeneca timeline is at least 12 weeks. For a person to be considered fully immunized, it must wait seven days after the second dose is given.

“We started using the Sputnik vaccines. However, in order to introduce these vaccines, we had to retrain our staff because these vaccines had to be kept at a certain temperature. We have to maintain what you would consider to be very cold temperatures, -18 to -20 (degrees Celsius). Once we defrost those vaccines, you can’t go and put them back in the fridge, ”he outlined.
If a person contracts the virus after taking the first dose, he must recover completely before taking the second one. Next week, another batch of the Sinopharm vaccine will arrive – the second of several until 200,000 doses are delivered.

New cases
On Friday, a shocking 105 new cases were confirmed while deaths remain at 252. According to the Ministry’s dashboard, the total confirmed cases in the country are now 10,958.
There are 1071 active cases: 13 in the designated Intensive Care Unit (ICU), 1059 apart from home and 71 in institutional isolation. Nine people are also in institutional quarantine. The data showed that 9576 patients had recovered from the life-threatening virus.
Of the new cases, 36 were found in Region Three (Essequibo-West Demerara Islands), 46 in Region Four, five in Region Five (Demerara-Mahaica), four in Region Six (East Berbice-Corentyne), four in Region Seven ( Cuyuni-Mazaruni) and 10 in Region 10 (Upper Demerara-Berbice).
The cases in Regions One (Barima-Waini), Two (Pomeroon-Supenaam), Eight (Potaro-Siparuni) and Nine (Upper Takutu-Upper Essequibo) remain at 1028, 271, 247 and 449 respectively.

Ramadan measures
Ramadan, a holy month of prayers for the Muslim community, begins April 13 and the National Task Force COVID-19 has outlined measures to be enforced throughout the religious season.
The guidelines were finalized after consultation with the Guyana Muslim community. A secretariat adviser noted that mosques can open for the daily prayer sessions but only at 40 percent capacity. Where available, outdoor spaces should be used along with adequate social distance.
People are asked to sanitize, wear a mask and secure four feet distance throughout prayer services. A suggestion was made for people to walk with their prayer mats. The Task Force added that the elderly, the pregnant, the sick and the under-11s should not attend a masjid during Ramadan.
Personal iftar arrangements are allowed provided there is sufficient space. However, iftars are banned at congregational level. Iftar is the first evening meal after fasting for the whole day.
In the meantime, Esha and Taraaweeh’s prayers should be completed by 21:30h. In order to reduce overcrowding for Jummah and Eid-ul-Fitr prayers, the secretariat said that multiple prayers can be held in the same location as long as it is sanitized. Imams and executive members of masjids are responsible for enforcing the COVID-19 measures.
The Task Force will conduct COVICURB inspections nationwide, to ensure compliance with these guidelines.