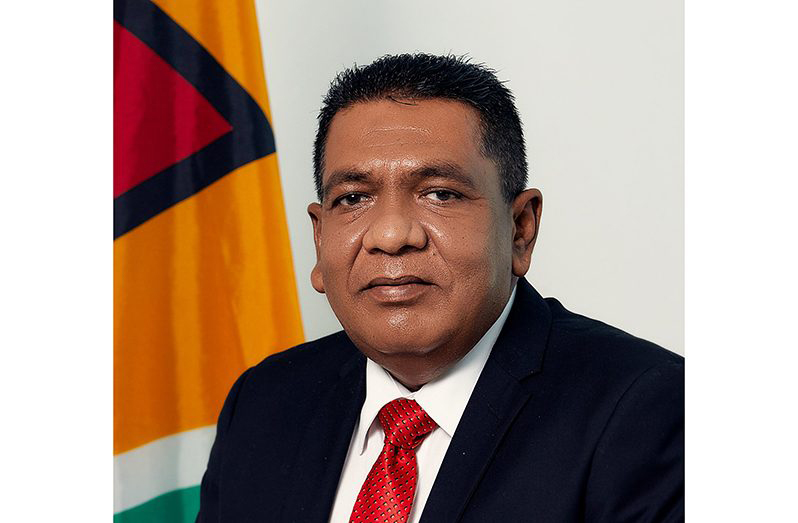 CULTURE A productive and profitable agricultural sector has been at the forefront of the new government’s agenda, with around $ 15 billion spent over the past four months to drive growth in the various sub-sectors.
This spending, according to Agriculture Minister Zulfikar Mustapha, has resulted in improved drainage and irrigation in farming communities, higher yields and renewed interest to invest in a sector that has been driving economic growth in Guyana for decades.
Agriculture is one of the most important productive sectors of the Guyana economy; it accounts for about a third of Guyana’s Gross Domestic Product (GDP) and 30 percent of the country’s employment. 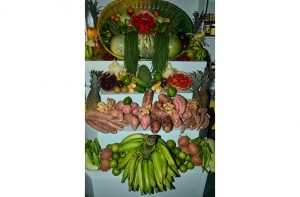 “We have spent over the last four months close to $ 15 billion in the agriculture sector and will continue to invest heavily in this area,” said Minister Mustapha during a recent interview with the Guyana Chronicle.
Having traveled to almost every region across the country, the minister has been able to identify and address critical issues in agriculture-driven communities.
Summarizing the past four months, Minister Mustapha said: “The past four months have been busy for us in the ministry of agriculture. As I mentioned before in other interviews, when I came here this ministry lacked leadership in terms of right objectives and policies. And many heads and officials of agencies within the ministry, they worked, but they worked on what they thought was right. There was no coherent policy to guide the ministry, no objective like what we have now. ”

While still in its infancy, the minister is confident that the ministry is “back on track,” and will continue to be forward thinking and dynamic.
The basic plans of the ministry, as seen over the past four months, are to invest heavily in infrastructure development, which would, in effect, lay the foundation for advancement in various aspects of agriculture.
“We must ensure that we have more infrastructure and agricultural development in the country, in terms of farming, other crops, livestock, rice and sugar,” Minister Mustapha reasoned.

Ministry activities and policies were focused on those core agricultural areas, with major work being undertaken to add value and increase accessibility.
In most cases drainage and irrigation took center stage, with over $ 100 million allocated for infrastructure works in the Mahaica-Mahaicony-Abary – Agriculture Development Authority (MMA-ADA) scheme alone.
“The first application that came to me was from the MMA scheme … the farmers there complained bitterly that they are not getting drainage and that their irrigation system has collapsed … I made an urgent assessment of ‘ plan and we drew up a budget of $ 100 million… that was my first application to the Cabinet, ”said Mustapha.

Today, in this scheme – the largest rice production scheme in the country – almost all canals are being cleared and additional work is being carried out to further improve the drainage and irrigation facilities there.
Those positive developments have been a catalyst for people with an interest in agriculture.
“People want to go back to growing rice in that scheme because of the infrastructure work they have done over the last three months … we have also implemented similar projects across the country,” he said Minister Mustapha.

Farmers in Region Two (Pomeroon-Supenaam) had similar complaints about their flooded farms; therefore, the ministry implemented a program that improved the drainage and irrigation facilities in this region.
The ministry sent machines to dismantle the canals and clear blocked trenches, so that water could retreat faster.
“Farmers now have better access to irrigation water as well, better access to drainage and we are spending over $ 29 million to prepare dams for the crops,” said Minister Mustapha.

Farmers, who would have stopped their operations, he said, have been hearing about the development and have begun to return to the agricultural sector.
The talk before August, 2020, was about oil and gas, but there has been renewed interest in an ancient sector, agriculture, which remains profitable to this day.
“With what I see, it encourages me to open up more land and develop drainage and irrigation systems across the country… we want to facilitate farmers, open up more land and provide better access to farmland , ”Said Minister Mustapha.

It was reported that over the next five years the government will seek to implement measures in the agricultural sector, aimed at diversifying the economy, creating more jobs and increasing farmers’ incomes.
To give relief to “struggling farmers,” the government has reversed land lease fees, land taxes and drainage and irrigation fees to the 2014 rates. The government has also deducted the Value Added Tax ( VAT) of fertilizers, agro-chemicals and pesticides.
Further, the National Agricultural Research and Extension Foundation (NAREI) in a bid to reduce the cost of inputs while at the same time promoting climate-smart agriculture, will spend $ 15.8 million on the acquisition of sheltered materials and sprinkler pipes. NAREI will sell the materials to farmers at cost price, saving farmers over 33 percent ($ 5 million).

Proceeds from this investment will be used as a revolving fund for the future purchase of required materials for farmers.
“We will continue to promote agricultural diversification focusing on coconuts, and horticulture through engagement with NAREI and Hope Coconut Estate. The coconut industry is given prominence by promoting acreage expansion, intercropping, use of coconut by-products, and increasing productivity and productivity, ”said Public Works Minister Juan Edghill in presenting Budget 2020 in September.
In 2020, in order to increase access and reduce the cost of coconut planting materials, the government will establish two coconut nurseries: a Charity on the Essequibo Coast and a Kairuni on the Soesdyke-Linden Highway, with the capacity to produce 25,000 additional seedlings a year .
As well as NAREI and Hope Estate providing planting materials, farmers will receive training on how to set up their own nurseries.