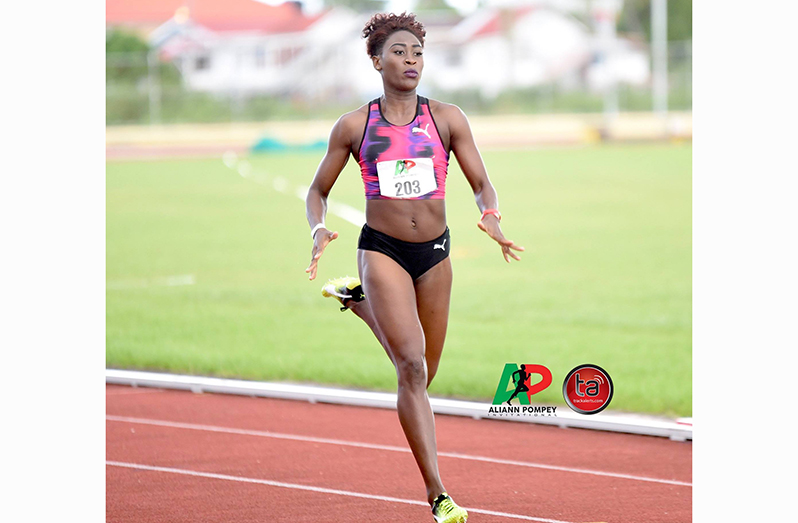 Aliann Pompey 2021 will take place June 19 at the National Track and Field Center, the event organizer told Chronicle Sport.
Pompey, winner of the Guyana Commonwealth Games 400m gold and silver medal, saw her fifth edition of the AP Invitational, as most sporting events in 2020, canceled due to COVID-19.
This year’s AP Invitational will be considered a ‘gateway to Tokyo’, as it can be the last resort for local, regional and international athletes seeking a qualification until July 23 – August