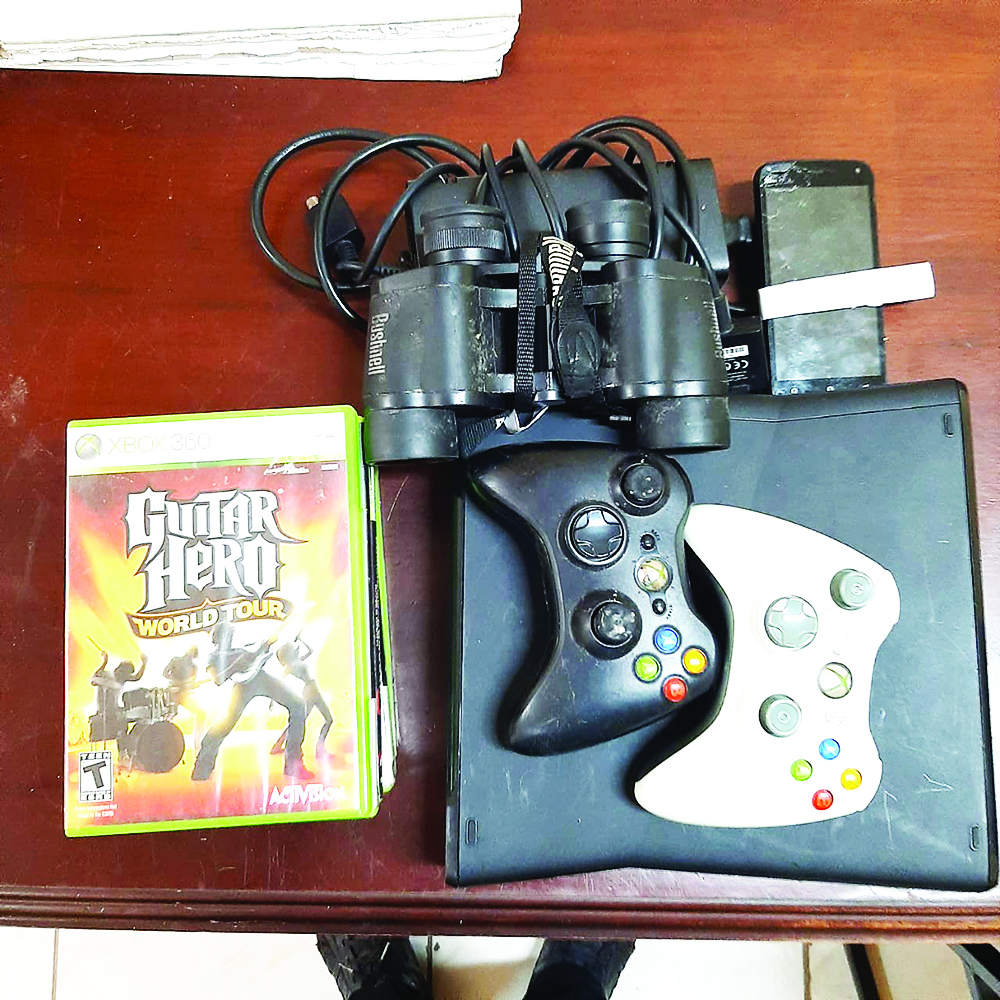 Eight people, including a 23-year-old laborer, were arrested on Saturday following a police operation at Fortuin Wood, West Bank Demerara (WBD).
Police said in a statement that between 12:30 and 13: 10h on the day in question, some of the Police ranks went to the laborer’s home to conduct a raid on drugs, guns, ammunition, and stolen articles.

When he reached the ranks of the said location, the laborer was contacted and informed of the purpose of the exercise. He was also told that, based on reports received, he had narcotics, guns, ammunition, and stolen articles. A search was then requested.
He allegedly released the suspect and as such, invited the ranks to his home to conduct the search.
During the search, one bulky black plastic bag with ganja was unveiled along with one complete X-Box game system with eight disks, one BLU mobile phone and one pair of binoculars.
The laborer was then questioned about the items found, but could not give a reasonable explanation as to how he obtained them. In that regard, he was cautioned and arrested.

Detectives also conducted a further search behind the said building where seven people were found hiding. They were arrested and transported to Parfaite Harmonie Police Station, along with the suspected cannabis and other items found.
The suspected cannabis was weighed and totaled 30 grams. The men remain in custody while the Police continue their investigations.