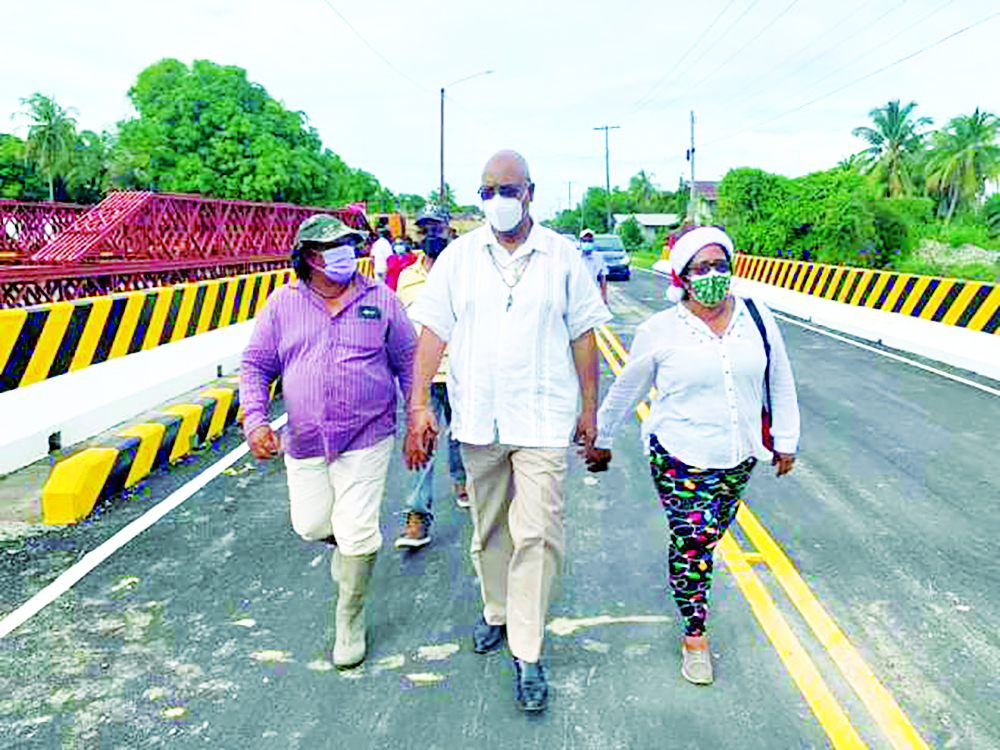 A new $ 91 million concrete bridge in Riverstown, Region Two (Pomeroon-Suprnaam), is well placed to enable the region’s economic growth.
The heavy-duty structure replaces the failed Acrow panel bridge that had become too expensive to maintain.

At the commissioning ceremony on Saturday, Public Works Minister Juan Edghill said it was not a stand-alone project, but part of the Government’s vision of community improvement.
According to a Department of Public Information report, Edghill said that before 2015, the PPP / C began “replacing the bridges to ensure we not only had a good road, but that the load-bearing capacity of the bridges could have been up to standard to facilitate heavy commercialization” and this is a continuation of ensuring that the Essequibo Coast… experiences the kind of modernization and development that will be experienced throughout Guyana ”.
The Corentyne River bridge, the new Demerara River crossing, the Kurupukari bridge, and other planned projects were highlighted as a testament to the Ministry’s plans to connect the country.
The Minister added that the new bridge will be able to accommodate commercial traffic from Moleson Creek and other connecting areas immediately.
“Guyana’s modernization is happening in stages and we intend to see it accelerated,” is quoted by DPI as saying.
Meanwhile, Regional Chairman Vilma DeSilva welcomed the opening of the new bridge, noting that they had been waiting to rebuild it for some time.
“I know for sure that this will be a huge benefit to Region Two because we have a lot of economic activity [and] heavy trucks to cross, ”said the Regional Chairman.
The bridge was built by H Nauth and Sons Construction Company.
Contracts for the construction of similar bridges have recently been awarded under the 2020 emergency budget. The Ministry plans to replace all Acrow panel bridges along the railway embankment between Sheriff Street and the Hope Canal, with concrete bridges to accommodate heavy traffic.