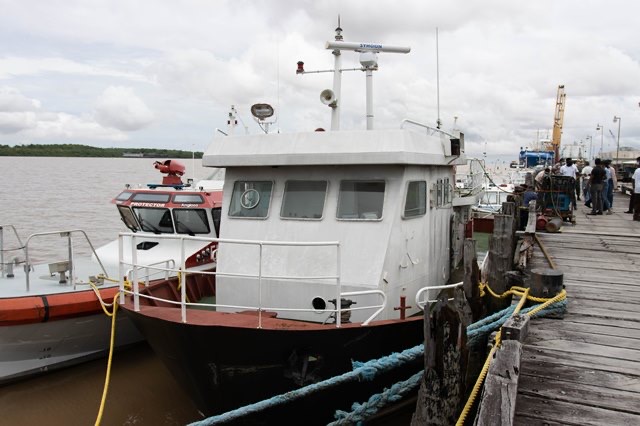 Agriculture Minister Zulfikar Mustapha, during a visit to the facility yesterday, said the ship would be operational in three months.

About $ 40 million was allocated from the 2020 Emergency Budget to complete the purchase. Money was also allocated in the 2021 Budget to procure equipment and other necessities for the boat.

“Hopefully, we can buy that equipment as early as possible and also recruit staff. We have had some difficulties recruiting staff because we didn’t get many responses when the ad went out.

“I have asked the Coastguard to help us identify some of those former Coast Guard who would have worked before, and if they are interested, we can recruit them to help us manage this ship , ”Said Mustapha.

The Ministry is expected to spend some $ 51 million to fully equip the boat. Mustapha said work had to move quickly, adding that “ships often come into Guyana water and we don’t know about these things.”

Equipment that would be acquired includes compasses, signal flares, and satellite phones for use in signal-free zones.

“The main stumbling block at the moment is getting qualified staff to work on the ship. I hope we could work together with the Coastguard and other agencies, so that they can help point us in the right direction so that we can get those skilled people, ”the Minister said, according to DPI.

He said the new ship will not operate in isolation, but will assist the GDF team policing the waterways.

Mustapha added that the Government is looking to acquire more marine vessels, as Guyana will see more international offshore operations as a result of the booming petroleum sector.