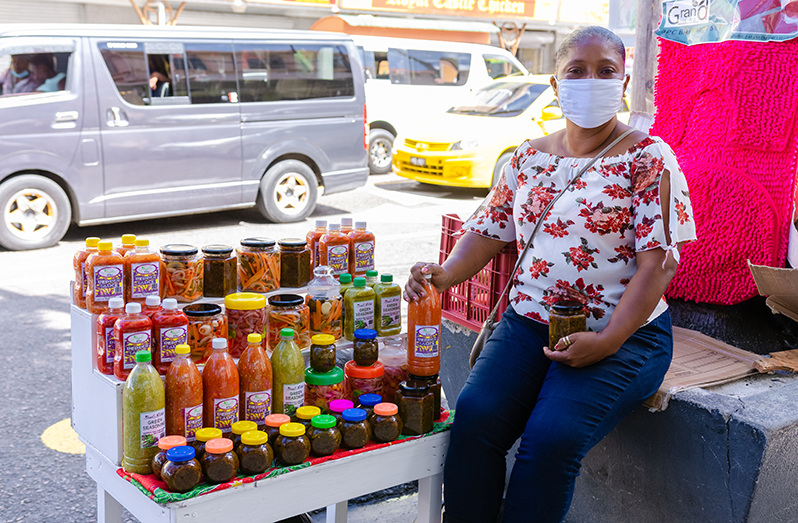 – reduced spending power due to a pandemic fault

CHRISTMAS in Guyana is one of the most anticipated holidays of the year. Around this time, Guyanese were known to be extravagant with shopping and decorating for the holidays and the new year. However, with the ongoing novel coronavirus (COVID-19), the holidays this year seem dark for some. The pandemic brought many of the Christmas traditions that many have become accustomed to to a halt.

The Guyana Chronicle recently took to the streets of Georgetown and spoke to a few vendors who described this year’s Christmas season as “blue”, as many people are still dealing with the effects of the pandemic. Nicola Hazelwood, a retailer who has set up shop on Camp Street, told this announcement that although the Christmas season is approaching, business is still very slow.

“For now, I don’t know what’s going on; I don’t know if people aren’t getting enough money yet or what, but they’re not spending that much. And by the way, if you walk on the sidewalk, you could walk freely, ”he said. “Sales are a little slow at the moment; I don’t know if it went up later in the month, but for now, it’s a bit slow, ”stressed Hazelwood.

The woman, who sells top-tier seasonings, noted that while the sales are not too bright, she will still celebrate Christmas this year, but quietly and safely, and advises other Guyanese to do the same in the middle of the COVID-19 pandemic. “I tell everyone, Christmas is not about how much you got in your house; it is about peace and love, and sharing with your family. About six thousand are not blind and they kind of are, ”he said.
Anita Kendall, a young salesman selling on the pavement of Camp Street, said, “Since the start of COVID-19, business has been on and off; one time it’s slow, but I’m working through that. “

He added: “Things are much better now, because I’ve noticed that people are shopping a bit, and usually moving around town.” Meanwhile at Bourda Market, Jean Balram, who sells an egg, noted that business had been “difficult” this time compared to last year. Balram is accustomed to having the ‘rush’ during this season, as many Guyanese usually stock ingredients to prepare their cakes and holiday meals.

“Everyone is scared to come out to buy; the current price is the same for a long time; it’s not raised, ”said the woman. Ms Roberts, a fruit vendor at Bourda Market, revealed that this year’s holiday doesn’t feel very “festive”, as business is very slow. The woman explained that the Christmas season is considered peak time for her, as many Guyanese are known to stock juicy apples and grapes to add to their Christmas menus. However, he noted that sales had been slow.

Another vendor who gave her name as Carol was asked how she has been managing during the pandemic. In response, he said, “Well for me it was kind of difficult; you have to fight your way to achieve it. Currently sales are not the best, but I hope it gets better. “Carol venturing her trade on the Regent Street pavement said that even with the Christmas season upon us, sales have not gone up as she would have hoped.” People are buying, but things are kind of slow, you know, we’re just trying with whatever. People don’t really get the money to shop like they want to, but everyone’s still trying, ”he said.