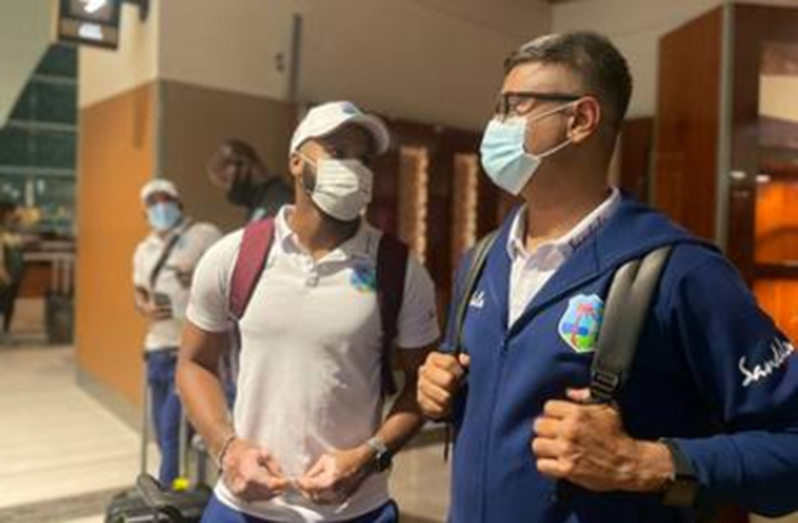 DHAKA, Bangladesh, (CMC) – The West Indies Test and a one-day cohort will be subject to a robust testing regime when they arrive here on Sunday for their five-week series, becoming the first international side to tour Bangladesh since its inception the Pandemic covid19.

The Caribbean side are expected to face the hosts in three one-day Internationals and two Tests between January 20 and February 15, but will not have ten first-choice players who declined their selection due to fears over the COVID environment in the country.

Health authorities here reported 1 071 new infections on Sunday, along with 25 more deaths. The overall infection count is 522 453 and the death toll is 7 781.

The Bangladesh Cricket Board has chosen to conduct rigorous tests on the travel party, with tests being conducted before and during the one-day and Test series.

The West Indies were due to be tested on arrival and again after three days of isolation in their hotel rooms. Once tests return negative, players are allowed to start training.

After a week, players will be tested a third time and again before the one-day series, with the tests continuing before and during the two-Test series from February 3-15.

Furthermore, the BCB confirmed that all hotel and support staff as well as caterers, who are involved in the West Indies, will also be tested.

“We will be strict about the whole journey. The biggest thing is there will be a number of tests, ”said BCB spokeswoman Jalal Yunus.

“All hotel floor attendees and catering staff have been tested, and the same applies to any service provider including net bowlers and board photographer.”

Romario Shepherd tested fast bowling positively in Guyana before the squad left the Caribbean and was replaced by regulator Keon Harding.

Test captain Jason Holder and white ball skipper Kieron Pollard were among the ten who opted out of the tour, forcing selectors to include a multitude of uncapped players in both formats.

Following a one-day warm-up on January 18 at the National Institute of Sport on the outskirts of Dhaka, West Indies will face the guests at the opening two-day Internationals at the Sher-e-Bangla National Stadium in Dhaka before heading to Chattogram for the third game on Jan. 25.

The final Test kicks off on Feb. 11 at the Sher-e-Bangla National Stadium.