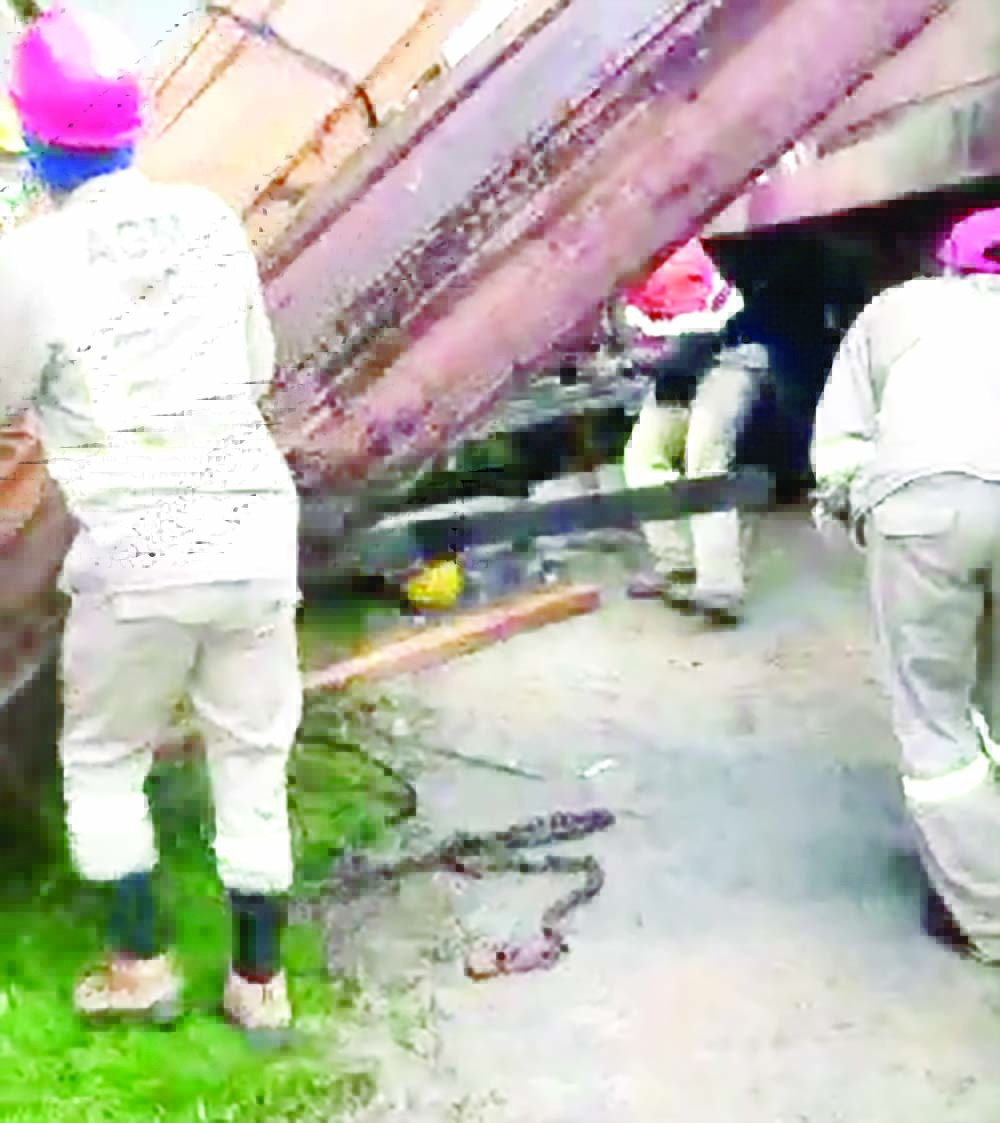 An accident at the Aurora Gold Mine (AGM) in Region Seven (Cuyuni-Mazaruni) has left one employee nursing serious leg injuries.

The worker, who is said to be a fork lift operator, is understood to be carrying out duties on Sunday afternoon as wood was unloaded from a haulage truck when the load slipped, topping the forklift and picking it to the ground. It is understood that the accident left the employee with a broken leg and a mangling.
Further reports also indicate that, on Sunday evening, the employee was dismissed from the mining site to a private hospital in the city. Attempts by Guyana Times to contact Corporate Director Peter Benny for comment were in vain.
However, in an interview with Demerara Waves Online News, Benny said the employee was assisting in the unloading of materials that had arrived at the camp by truck when the incident occurred. He said an investigation has since been launched.

The Accident job leaves an AGM worker at the hospital with a mangled leg first appearing on Guyana Times.