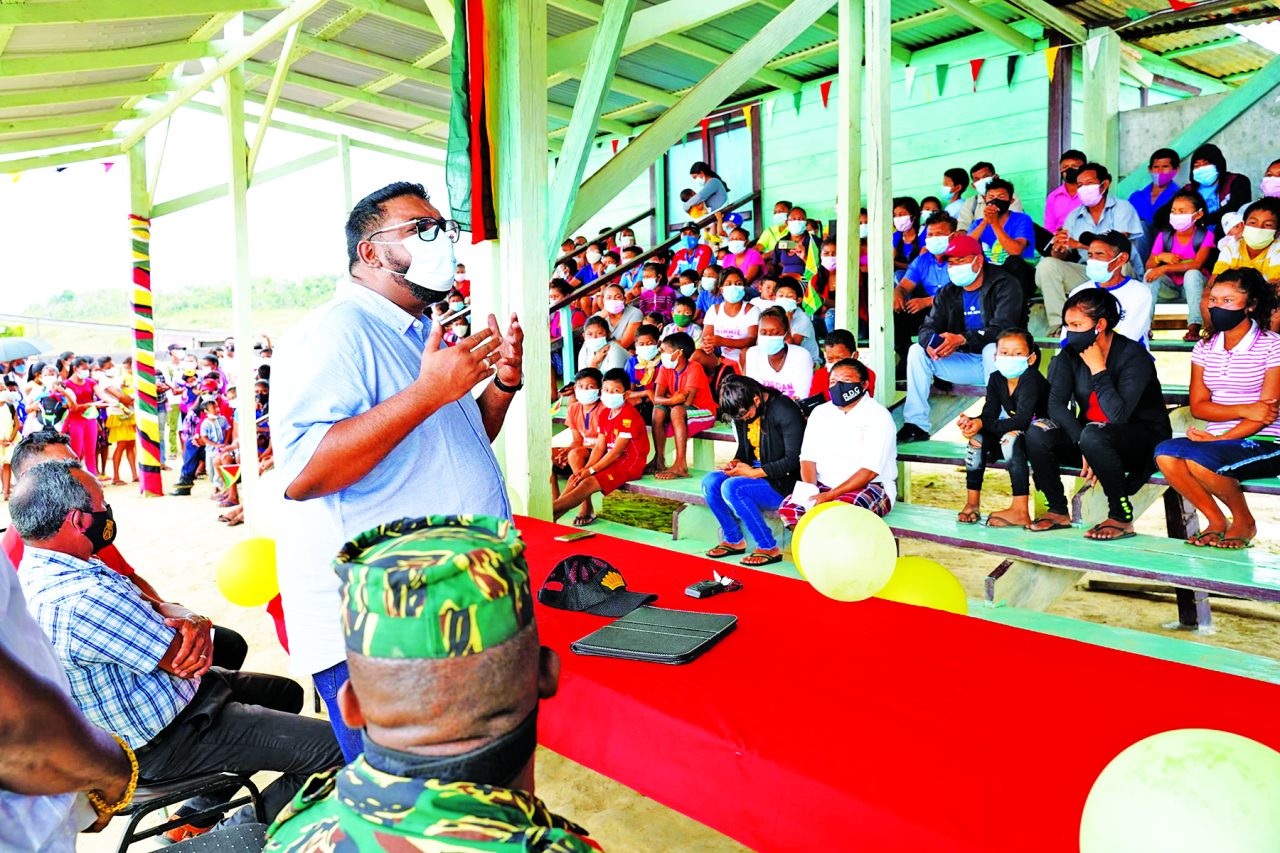 Work on the Kato Hydropower Project, Region Eight (Potaro-Siparuni), for which the former Government for National Unity / Alliance for Change (APNU / AFC) signed a contract last year, is yet to begin and according to President Dr Irfaan Ali, the project is potentially at risk.

The President made this revelation while on a trip to Kato on Tuesday. In his engagement with residents, he noted that when the People’s Party / Civic Progressive Party (PPP / C) Government came to power in August this year, he found out that the contractor had not even moved on site.
“The hydro project earmarked for Kato has faced many difficulties. We had difficulties when we came to the job. We examined it. The contractor was not moved. And the project is in danger, ”said President Ali.
“We are currently undertaking an assessment of that. But part of our energy plan for Guyana is to ensure that all communities have access to energy. Whether it’s small hydros, whether it’s solar or coastal investment in natural gas, our focus is on ensuring that all communities have access to energy. “
The President noted that this is important for human development and for the development of all communities. Indeed, it was the PPP / C in a previous Administration that set up the Hinterland Electrification Unit, dedicated to bringing power to under-served areas in Guyana.

In July 2019, when the former Government was still in power, it was announced that a $ 450 million contract had been awarded for the supply and installation of a 150-kilowatt hydropower plant in the Chiung River in Kato Village, Region Eight (Potaro-Siparuni) . B&J Civil Works has been awarded a US $ 2,250,880 contract for the design, supply and installation of the factory under the Ministry of Public Infrastructure.
The hydropower plant was supposed to use Kato Falls in the Chiung River (close to Kato Village) to provide electric power to Kato High School, Kato village, and Paramakatoi village some 18 kilometers away. An electronic facility, as well as transmission lines, was also expected to be installed.
The signing of the contract at the then Ministry of Public Infrastructure took place in September 2019. It was understood that the project would have run for an 18-month period, with a defect and liability period of 12 months after the project was completed to ensure that the contractor rectifies any defects at his own expense.