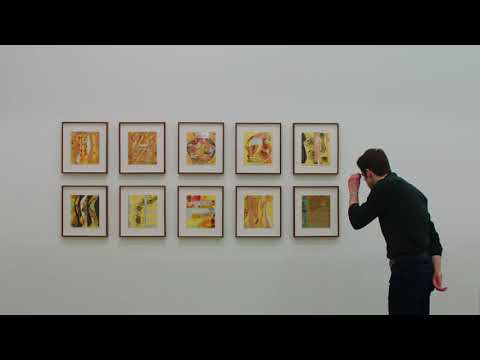 (Reuters) – There was no formal opening or personal interaction with fans. Instead, Gabriel Orozco, the Mexican artist with a continent spanning perspective, promoted his new collage watercolors with a dramatic, screen-friendly temper.

Orozco created the several dozen works while in quarantine in Japan earlier this year, but their installation in Manhattan’s upper-tier gallery oversaw the way millions now work: more or less.

In a first for Orozco, the collection – which includes the watercolors, along with larger abstract paintings created mostly in Mexico – came last month without a glittering public opening.

There was no opportunity for admirers or critics alike to interact with the artist, who has been famous for transforming ordinary items into poetic flourishes since the early 1990s. So, his new photos were advertised with a slick video temper, set to dramatic music. youtu.be/PyD1-WWyJ6A

Forced to rely more than ever on tools like Zoom and Skype across a range of current projects, the son of a left-wing Mexican muralist says he is seeing an evolutionary transformation of creativity born of global pandemic turbulence.

“It’s like a new generation is emerging, a new way of working emerging, another way of life for everyone to reconsider,” he said, sitting just off the fertile courtyard of his home in Dinas Mexico.

An hour earlier, squatting down with a pencil in hand, he discussed finishing touches to block sculptures he calls dice with his colleague, the Mexican mason Juan Fraga, whom he had met face to face for the first time for months.

Prior to the pandemic, the two would meet fortnightly to refine the layers of arbitrary geometric designs carved into the blocks. Orozco said his art, which spanned generously over sculpture, canvases, human and animal bones, minimalist installations, and more, struck lightly from the restrictions on travel and personal contact. “Like many people, I’m starting to have this kind of psychological impact of being on screen all the time,” he said, calling it “a big distraction.”

More generally, Orozco expects that more changes will emerge as a result of the pandemic’s disruption, even if its ultimate impact on creativity and inspiration is not yet clear.

Orozco, 58, is seeing the same changes that depend on how people work – less face-to-face contact and more screen time – also making their mark on the museums and commercial art galleries that ‘ n know them well.

“In this new art world, there will be an increasing reliance on the distribution of works with digital media, and so the gallery, all the galleries, are putting in a lot more effort,” he said.

At the same time, his latest work seems to have taken a more introspective turn. He noted that he usually allowed incarnation for his new watercolors.

“It was psychologically (the paintings) interesting because they have become very small, I call them a little neurotic, passionate, almost therapeutic, which is something I don’t like doing in art , ”He said.

Orozco argues that the social isolation and anxiety felt by many over the past few months is already changing how we create and communicate.

“The pandemic is an accidental moment of activity accelerating the crisis that preceded it,” he said, just hours before he was due to fly back to Japan.

The artist, who has also spent extended periods in London, Paris, and Bali, said less travel has been a relief.

“That was fine in a way because it wasn’t so bad to slow down,” said Orozco, who studied art in Mexico in the 1980s before leaving for Spain, Brazil and the United States. Last year, Orozco was tapped by Mexico’s president to oversee the overhaul and expansion of more than $ 400 million of Mexico City’s Bosque de Chapultepec, a project that will focus on the ecological restoration and social cohesion of the sprawling urban park.

Surrounded by maps presented on boards and three-dimensional models of the park, he said he expects to finish the master plan by December, but has otherwise pushed away all other projects until 2022.

And it proposed a related pandemic coping mechanism.

“I’m not planning too much ahead.”