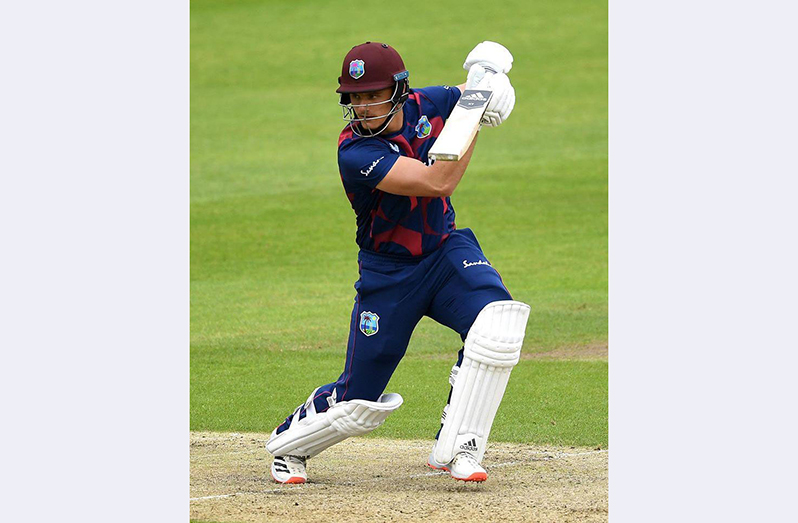 THE West India will square off against Bangladesh tigers in their first assignment in 2021, next month, and newbies like Joshua DaSilva and Romario Shepherd could be among the stars of the New Year controversy on the Caribbean side. New Zealand was a great learning experience for the young West Indies brigade who, despite the odds, managed to provide some reasonable accountability during their time in ‘Kiwi land’.

Most of the time spent abroad since the summer was trials and learning for the Caribbean Boys, who, like most other players from around the world, were able to re-adjust their lives after Covid -19 disrupted normality worldwide. Now, with all systems in place for the first series of 2021, Bangladesh could present the ideal opportunity for the ‘Windies newbies’ to further their case and somehow infiltrate the ranks of the initial XI.

One player, in particular, who will want to carry on from left is Joshua DaSilva, who officially opened his Test account with classy 57, which gave his side some hope in the last Test match against New Zealand recently. The Trinidadian is also the first white player to represent the West Indies since Australian-born Brendan Nash, and, given his 133 not out and 56 not out during his initial start to Test cricket back in this July against England, it makes him one of the key placeholders in the mid -order who should maintain his form.

Guyanese Romario Shepherd could also be the beneficiary of a place in the team for the Bangladesh series, having left the A Windies team series against New Zealand A as one of the top performers. The hardcore player hit 133 during series A, where he played more as a batsman than a bowler, returning just 2 wickets compared to his 232 runs scored from the pair of games.

Having played a few T20I and ODI’s as well, Shepherd has certainly put his name at the top of the selection pile for the Bangladesh assignment. The Kiwis took advantage of the mental and physical barriers of the Windies, which they endured, as many, if not all, of their players were involved in various Bubbles, dating back to the cricket restart in July. Shimron Hetmyer and Keemo Paul had been under surveillance during the Kiwis series, with Hetmyer under concussion watch after being hit during the T20 series. Meanwhile, Paul was recovering after his niggles, keeping two Guyanese stars from possibly performing against New Zealand.

But with the New Zealand tour in the 2020 final, Captain Jason Holder recently admitted that his team was mentally exhausted because of life in the ‘Bubble’ and that he was optimistic that the Christmas holiday season would help ‘ players to refresh themselves before Bangladesh. series. It is likely that the West Indies will certainly give a new look, perhaps slightly altered by the inclusion of a returning Shepherd or Shai Hope, or some of the key members of the India team West, who will use this upcoming tour. to get their team back on track as they prepare for the 2021 schedule.