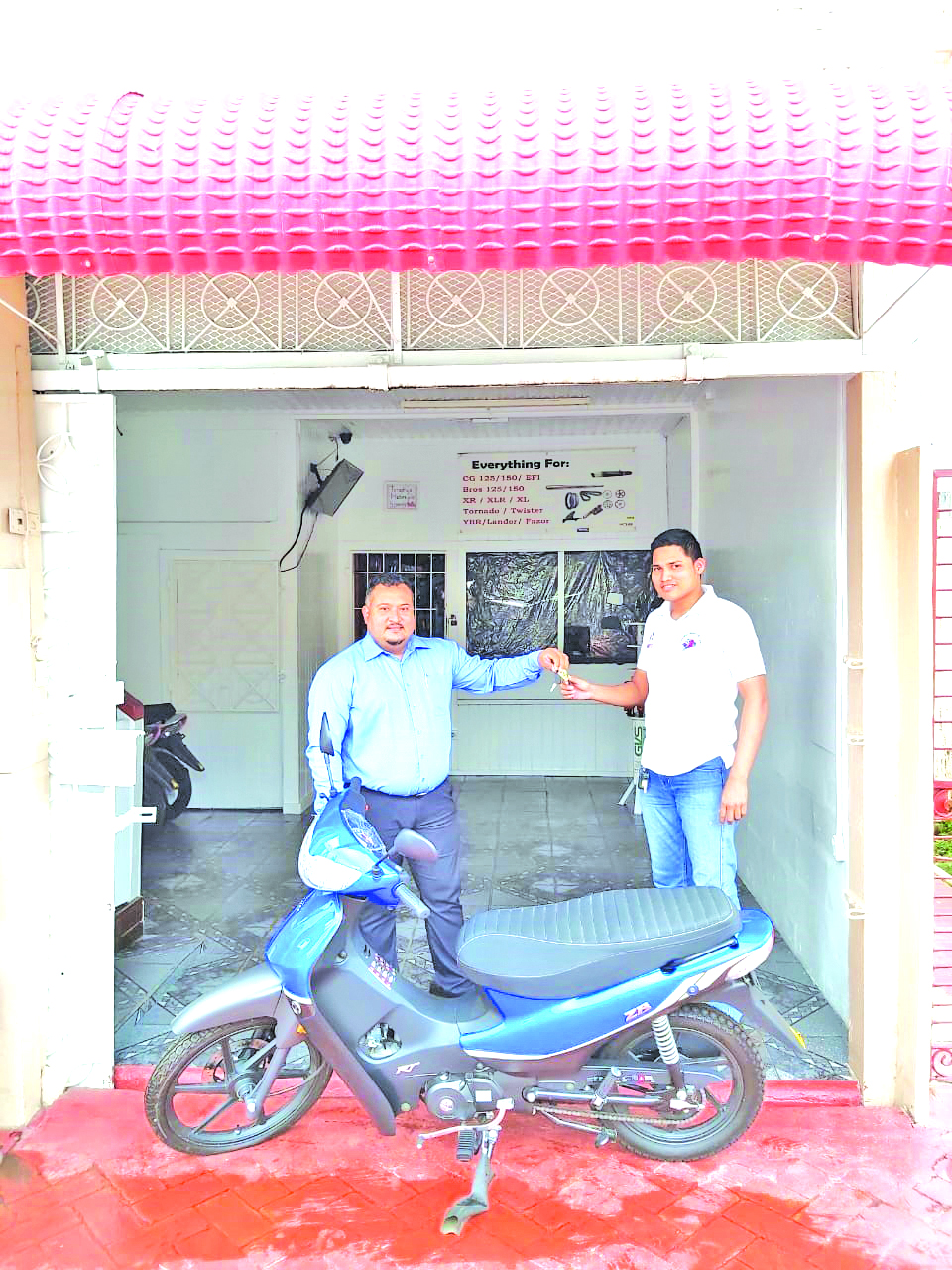 BIG MAN CRICKET-GUYANA is pleased to announce that this Over-45 T25 domestic tournament will be held in Guyana during the period January / February 2021. Firm dates for the games will be released in due course .
The organizers of this tournament have said: “At our last meeting, the Committee was strongly in favor of competition with 8 strong teams, rather than a non-stop tournament with several teams; our focus is more on quality, not quantity.

“Our Committee is now particularly pleased to announce that we have just received the MAN OF THE SERIES Tournament award from the popular ZANELLA 110cc motorcycle, to be awarded to the most accomplished player of the tournament. This prestigious award was given by Timothy Bhagwandin of Timothy’s Motorcycle & Spares Store, located at 122 Regent & Oronoque Sts, Bourda, Georgetown.
“The Zanella motorcycle is a 4-stroke single-cylinder engine with a displacement of 107 cm3. It has air cooling with 4-speed semi-automatic power. Maximum power of 7.2hp with electric motorcycle and starter type. These bikes are priced very modestly at Timothy’s Motorcycle Shop. Other features of the ring include: Hydraulic telescopic fork front suspension; double hydraulic shock absorber rear suspension; front disc brake and rear drum brake; alloy wheels.
“There will be many prizes and trophies to be awarded at the end of this tournament, but this is expected to be the most beloved of all players.”