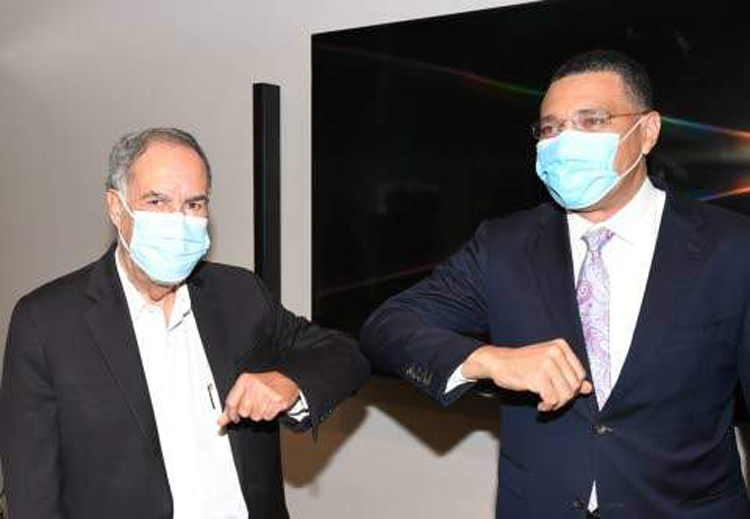 (Jamaican Observer) Business tycoon Ian Levy is convinced that Andrew Holness will go down in history as one of the best, if not the best, prime ministers Jamaica has ever had.

According to Levy, Holness, Jamaica’s ninth prime minister, was always supposed to lead the country and do a great job.

“I looked at him and saw how he spoke, the brilliance in this man, his integrity [and] everything about it and I said this young man will be Jamaica’s prime minister. From that day, I decided I would be by this guy’s side.

“I said, ‘I’m going to give him all the help he can to make sure my dream and belief that I have become a reality’,” added Levy, a known supporter of Holness-led Jamaica Labor Party (JLP).

Levy said he was delighted to see his dream come through with Holness becoming Jamaica’s prime minister in 2011.

“I was not only right in my belief, but I really believe that time will say that this prime minister is going to be one of the best, if not the best, prime minister ‘ this country has always been produced, ”Levy said to an audience applause that included Finance Minister Dr Nigel Clarke.

“Andrew will be a great prime minister and a great asset to this country,” added Levy, who argued that Jamaica has produced political leaders who can stand up for the best anywhere else in the world.

“We shouldn’t just be boasting [athletics mega star] Usain Bolt, we should also be boasting about Nigel Clarke and Andrew Holness who are Usain Bolls in their own fields, ”the Levy declared.

The Holness, now 48, became prime minister of Jamaica in October 2011 when he was selected by the JLP to replace Bruce Golding who had resigned from his post.

He led the JLP to the 2012 General Election he had called, but survived an internal challenge to lead the party to victory in the 2016 General Election before organizing the JLP to defeat the People’s National Party in this year’s general election. .