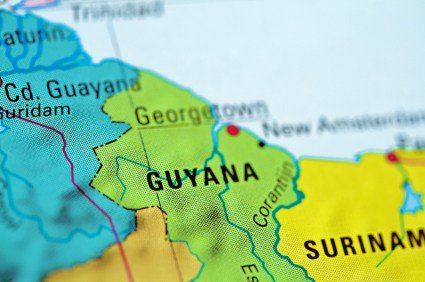 “VenezuelaA recent assertion that it has sovereignty over the area near the Essequibo coast of Guyana is worrying, ”the Canadian government said in a tweet.

Canada made its position known a day after the United States (US) issued a similar statement, following on the heels of separate condemnations of President Nicolas Maduro’s decree by President and Leader of the Opposition in Guyana.

President Irfaan Ali has described the decree as “legal nullity” and Opposition Leader Joseph Harmon has promised to offer support for any “reasonable” action that Guyana might take.

A bipartisan House Foreign Relations Committee met on Monday to receive a briefing from the Guyana government.

President Maduro has repeatedly said that his country does not respect the jurisdiction of the ICJ and has formally asked the UN Secretary General, Antonio Gutteres to resume bilateral negotiations for a negotiated settlement of the debate over the validity of the Arbitral Tribunal Award 1899. The ICJ has already ruled that it has jurisdiction to hear the Guyana case and has added that, even if a party does not participate in the case, the decision is final and binding.

Venezuela does not respect that award.