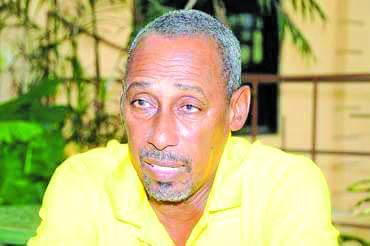 Tucber Park Cricket Club (TPCC) held elections last Thursday at Berbice High School, and longtime cricket administrator and manager Carl Moore, who now lives in the United States of America (USA), will continue to serve as President.
National Coach Julian Moore will serve as the first Vice President, while Anthony D’Andrade has been elected second Vice President and Tamesh Mohabir as Secretary. Gary Millington is the Assistant Secretary, while Tremayne Smartt, the West Indies female player, is the Treasurer.

Orlando Tanner was elected Assistant Treasurer, and Brandon Corlette is the Public Relations Officer. Carl Ramsammy, Michael Newland, Zahir Moakan and Joel Davis are committee members.
In a virtual call, Carl Moore snr said he was impressed by the club’s work. He praised the work being done by his son Julian and other club members.
“Julian, Anthony, Smartt and Secretary Tamesh have done a good job. They are doing the work we started a few years ago to help the young people in New Amsterdam and the surrounding areas, ”said Carl snr.
Over the past few years, Tucber Park has been moving from strength to strength in producing solid players. Senior West Indies player Romario Shepherd and Guyana’s ruler Nial Smith are the latest elite products from the New Amsterdam-based club. Former Guyana senior player Jeremy Gordon is also a product of the club. Gordon is now venturing his trade in Canada.
Former Guyana team manager, who has won a championship in the Stanford T20, Carl Moore has said that he was impressed and beyond proud of Shepherd and Smith, who started their cricket careers at the TPCC.
Known as “Mr Moore”, Carl took the mantle of TPCC in 1999. He described Smith and Shepherd as dedicated and disciplined players. He hopes this duo would inspire the forthcoming talent at TPCC.
In addition to Tremayne Smartt, Candacy Atkins, who played for the USA, is also another West Indies female product from TPCC. Eugene La Fleur is another proud product of TPCC. He captained Guyana’s Under-19 Team in 2008.
Former Berbice players Devon Clements and Maxie De Jonge, along with D’Andrade, played for PC Vice Chancellor against Zimbabwe back in 2010. They are products of the TPCC. The TPCC has produced more than 40 National Youth players in recent years. Another election for the TPCC is expected in two years’ time.