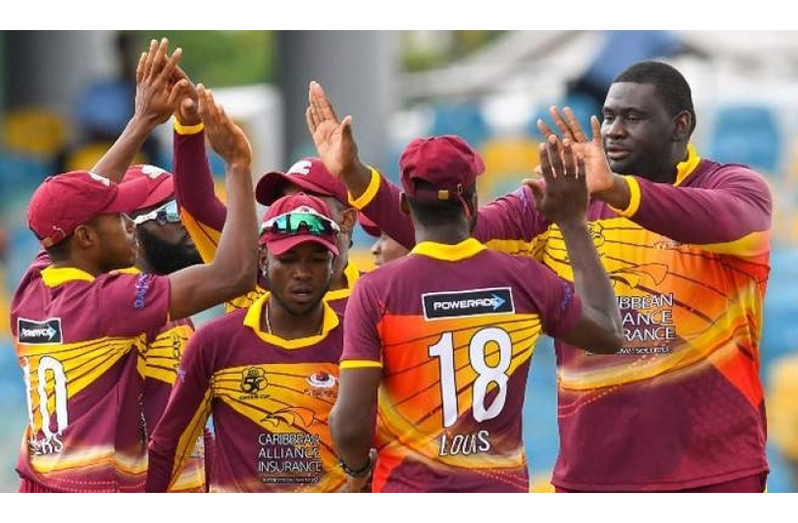 The CG Insurance Super50 Cup kicks off on Sunday, February 7 with Hurricanes Leewards challenging the Windwards Volcanoes at Coolidge Cricket Ground in Antigua. Due to the Covid-19 pandemic, only 19 games will be played in the tournament scheduled to end on February 27.

According to Cricket West Indies (CWI), the health risks associated with the COVID-19 pandemic have caused major disruption to all domestic cricket since the end of March 2020, with no regional cricket allowed except for a compact version of the Caribbean Premier League that took place last August in Trinidad.

This year’s annual CG Super50 Insurance Cup will provide a platform for the region’s six major cricket competitors to clash in 19 action-packed 50-over matches starting from Sunday, Feb. 7 when the Leeward Island Hurricanes host the Windward Islands Volcanoes.

The tournament will reach an exciting climax when the new champions are crowned on Saturday, February 27.

The 2019-20 champions, West Indies New Players, are unable to defend their 2019 trophy due to COVID-19 restrictions, however, many of those players are now part of the squads of the six competing franchise teams, and will one of them emerging as the CG Insurance Super50 Cup Champions.

Each team will play each other on a robin basis with the top four teams qualifying for the semi-finals and the chance to reach the final.

Games will be played at Antigua’s two international cricket venues – Coolidge Cricket Ground (CCG) and Sir Vivian Richards Stadium (SVRS). CCG will have 13 games including the semi-finals and the final, and six games at SVRS.

West Indies captain Kieron Pollard said it was good to have regional cricket back after a year-long break.

“It’s very good that cricket is coming back to the Caribbean … players will have the opportunity to showcase their skills and entertain our fans. It’s been a tough 2020 for cricketers and the whole Caribbean, so it’s really good that we have the CG Insurance Super50 Cup in play at this time and hopefully he can find some new talent, ”he said.

CWI has been working closely with the Ministry of Health and the Ministry of Sport in Antigua and Barbuda to organize logistics and agree the safety and medical protocols for the start and duration of the tournament.

All players, support staff, game officials and ancillary professionals will be tested with negative COVID-19 results before they arrive in Antigua. Players, support staff and match officials will operate within a biosafety bubble and be tested regularly during the tournament with the assistance of the local Ministry of Health and CARPHA.

Following is the itinerary for this Regional Super50 Cup from February 7-27.

** All games at CCG start at 1:30 pm Eastern Caribbean time unless otherwise stated.