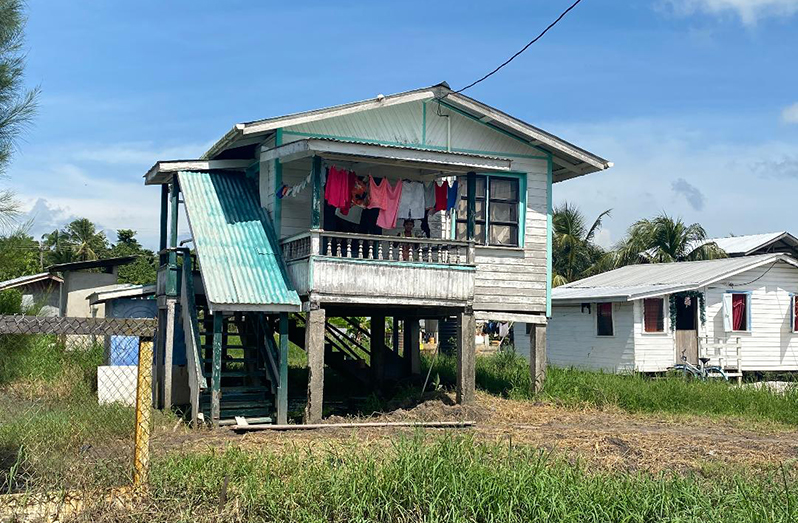 The implementation of PROMPT by the Ministry of Agriculture and the Administration of Region Two (Pomeroon-Supenaam) has resulted in the flooding of Charity on the Essequibo Coast. Visiting the community on Thursday, the Guyana Chronicle observed that many drowning areas were now drained, and residents were seen cleaning their lower apartments and disinfecting their yards. The water began to recede after engineers attached to the Regional Ministry installed a pump at Charity.

The decision to install the pump was made by Agriculture Minister Mustapha Zulfikar after he visited the community on Monday. During the minister’s visit, several lands, especially in the Charity squat area, were flooded. Regional officials have been ordered to hand over the pump at Windsor Castle to Charity to help drain the areas affected by flooding. The minister also announced that planting materials will be provided to affected residents.

According to residents, the move to install a high capacity pump in the area was prudent. They also praised the key stakeholders for their prompt action. One resident, Ericka Benjamin, said her kitchen garden was flooded since Boxing Day, and lost more than 16 chickens. Although the water is slowly retreating, Benjamin fears water-borne diseases. “It’s like now we have to start from scratch. I lost my kitchen garden; all the birds are dead, ”he said.

Another resident, Yogeeta Lall, said she was also affected by the flooding. He explained that this was the worst the community had ever experienced. “We get flooded; but you know, not so bad. It was the worst; we had to pray and hope for the best, ”said Lall.

The Civil Defense Commission (CDC), together with the Regional Democratic Council (RDC), assesses residents’ losses, and provides assistance where needed. Guyana Bank of Trade and Industry Limited (GBTI) has also distributed 50 food hampers and cleaning detergents to the affected residents.