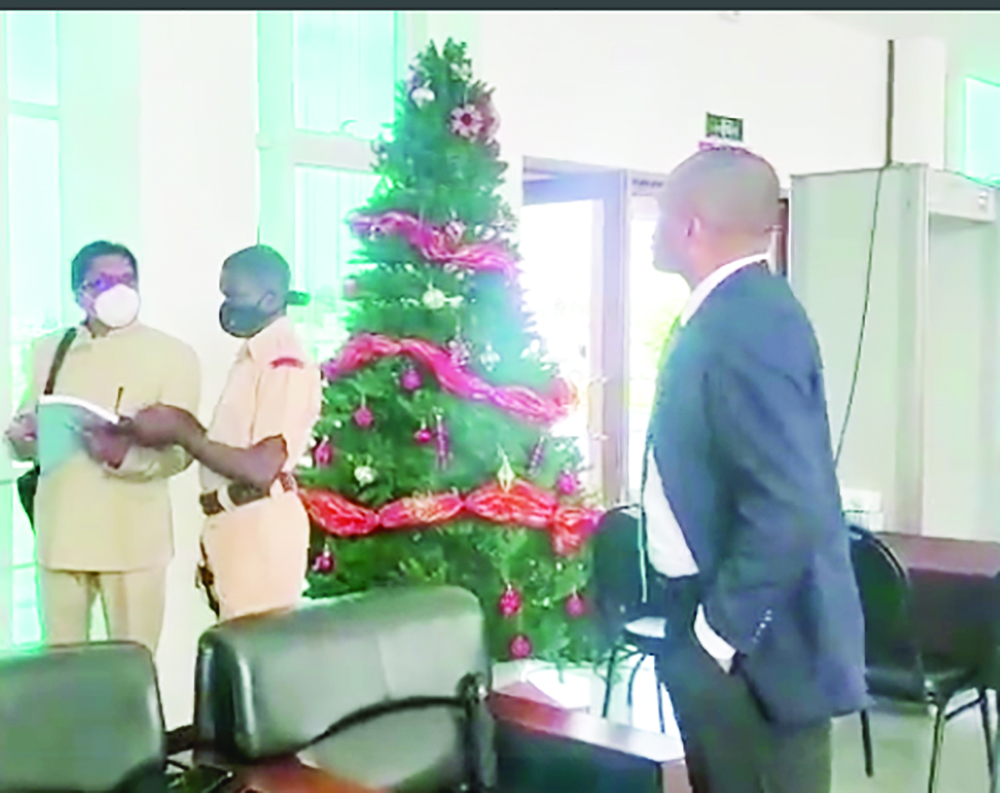 Former A Partnership for National Unity / Alliance for Change (APNU / AFC) senator Charrandas Persaud appeared at the National Assembly’s Wednesday sitting at the Arthur Chung Conference Center.
Its appearance raised questions as members of the public were not allowed to physically view the case in light of the COVID-19 pandemic.

Persaud rose to prominence following his “yes vote” on a no confidence motion against the APNU / AFC Government on the night of December 21, 2018.
He had immediately left Guyana for Canada the night the coalition Government disintegrated, out of fear for his life.
Persaud returned to Guyana following the swearing in of Dr. Irfaan Ali as President of Guyana on August 2, 2020.
On Wednesday, he was confronted by Opposition Member of Parliament (MP) Sherod Duncan and there was an exchange of words between the two in the ACCC lobby.