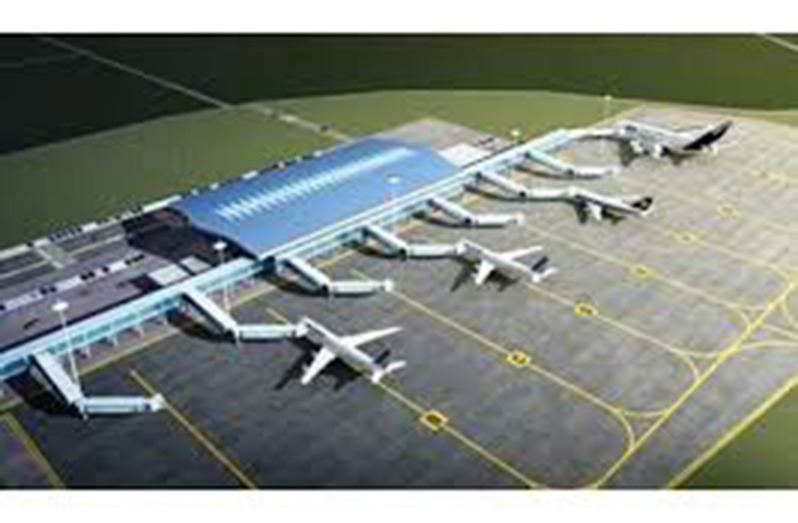 – a company to install two more air bridges; correction, complete all remediation
– work to be completed by December 2021

After four months of resisting the government’s bid to complete the Cheddi Jagan International Airport (CJIA) expansion project in line with the initial contract, a Chinese company, China Harbor Engineering Company (CHEC), has agreed to pay a US $ 9 million bill for extra work at the airport.
The company was under pressure to deliver the project based on the conditions set out in the initial contract, as the government had suspended all payments and threatened to take legal action as a final sourcing route.

The CJIA expansion project has been the subject of criticism from the new government since it took office in August 2020. The President, Dr. Irfaan Ali and other government officials have said that Guyana will not tolerate unsatisfactory work and has made it clear that the project will not be accepted unless it is done in accordance with the “original contract” signed in 2011 The government’s persistence has paid off, as it was announced Tuesday that CHEC and local authorities have signed a deal for additional work, valued at US $ 9 million, to be implemented at the airport, at the expense of the contractor only.
The agreement was signed by Permanent Secretary at the Ministry of Public Works, Vladim Persaud and CHEC Project Manager Liu Keliang.
Based on the details of the agreement, there will be an extension of the airport residential corridor to accommodate two other passenger boarding bridges, taking the total number of residential bridges to six.

All bridges are capable of servicing aircraft such as the Boeing 777 Dreamliner, AirBus and similar trans-Atlantic aircraft.
Additional works include extending the terminal building to accommodate food courts and duty free shops, among other things. The expanded building will also include a modern airport facade, covering the full length of the departure terminal.
The company also agreed to rectify and complete all remaining remediation within prescribed timelines. It was agreed that all work would be completed by December 31, 2021. When the A Partnership for National Unity + Alliance for Change (APNU + AFC) coalition came into effect in May 2015, the project, which had been slated for completion in December 2017., suspended for review.

MUST BE SUBMITTED
Following that review, the scope of the work was adjusted, several changes made, and a new deadline set for December 2018. But the new government was adamant that the conditions agreed in 2011 must be fulfilled, or action will be taken legal against them. CHEC.
In a letter to the company, dated December 8, 2020, Attorney General Anil Nandlall said: “Your company has failed to meet the employer’s requirement, the contractor’s offer and schedules, and all the work necessary for stability , safe and appropriate operation and completion. of all times. ”
The Attorney General said that the Ministry of Public Works had entered into a “Fixed Price Contract” of up to US $ 138 million to CHEC for the extension of the CJIA on November 11, 2011, and its subsequent agenda on September 15, 2014; July 28, 2015; March 15, 2017; December 12, 2017; and November 10, 2018, collectively form the existing contract.

“Under the terms of the basic contract, the contractual obligations of CHEC Ltd are to carry out the planning, design and construction of the CJIA Extension, which is listed as one of Guyana’s priority development projects,” Nandlall reasoned.
The project includes the construction of a New Terminal Building (NTB), and the extension of the existing main runway to allow for Air Code E operations in the CJIA. This project, when completed, is expected to attract more international airlines and travelers, to promote tourism and provide economic development.