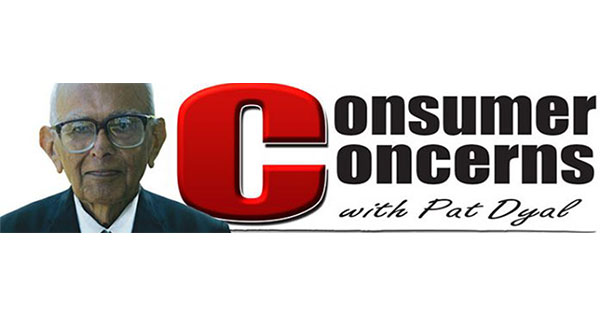 TODAY is the start of Christmas Week which, in the Guyanese tradition, is part of Christmas, with Christmas Day at its peak. It is therefore appropriate for us to greet our readers with the traditional greeting, ‘Merry Christmas to you and yours!’

In the past, there have been many years that have been described as “annus mirabilis” – a wonderful year, but almost nothing that could be described as “annus miserabilis” – a tragic or distressing year. 2020 has the shameful distinction of being classified as one of the worst years in Guyanese history as “annus miserabilis.” In this year, Guyanese people were plagued with strange and dangerous political events, the likes of which have never been experienced before. But worse still, the country suddenly became covered by the COVID-19 pandemic which nearly destroyed the social and cultural life as well as the country’s business and economy. People could no longer meet in groups – the restaurants and other public places had to be closed and at funerals and weddings, only the few who had immediate concern could come. Business meetings were aborted or had to be conducted by Zoom, a highly impersonal way that resulted in minimal involvement. Examples of this were the AGMs of public companies such as Banks DIH and Demerara Distillers Ltd (DDL) which were once attended by thousands in a festive atmosphere.

With the locks and curfew, business hours were severely restricted and the tempo of the economy slower and slower resulting in the redundancy or lay-off of thousands of private sector workers.

As we moved from the third to the last quarter of the year, the atmosphere began to change and it seemed to us that the Christmas spirit and ethos that is so much a part of the Guyanese psyche had begun to assert or manifest itself and people seemed to become kinder and more charitable to each other. Although there was a deficit in the state, it decided to encourage the population with a message of optimism and hope: Elderly Pensions were increased; many taxes were abolished or reduced; the cost of water was subsidized; hampers of food were distributed and each household was given $ 25,000.

Whether or not the state was influenced by the Christmas spirit, ordinary folk showed greater concern for their fellow man and would do what they could to help the needy.
Christmas time, with its long school holidays, the Birth Story that children could relate to, the many Christmas songs and carols that refer to children and the festive celebrations where children always had a place doing Christmas is a children’s celebration. Although the schools were closed for several months, the children were communicating with each other by phone and internet or they would even visit each other and were a group that had overcome the fear of COVID-19 and ready to celebrate Christmas.

Now that we were on the eve of Christmas, it seemed that the festive blustery spirit had given the drooling moroseness indicated by the pandemic to fly. The shops have been decorated and brought out their Christmas goods and a greater number of shoppers are appearing and the commercial areas have restored much of their vitality. With the brilliant lighting of the tree-lined Main Street Avenue proclaiming Christmas is alive and well as ever.

Newspapers and television have their fill of colorful advertisements with various Christmas motifs and music that strengthens the “mood” of the season and allows people to enjoy the famous “Christmas Weather” with its cool breezes, blue skies, clouds low silver, brighter vegetation and greenery, sunlight with golden hue, pastel sunset and long shades illuminated in pale blue light. The pandemic has not affected the Guyanese Christmas menu which has continued with its cooking, pepper, ham, barbecue chicken and roast potatoes, curries and roti, cooked or fresh vegetables, with desserts of fresh and different fruits types of cakes and ever-representing ginger beer. A Guyanese Christmas lunch or dinner has claimed to be irresistible to the pandemic. The fog of a depressing pessimism pandemic that had clouded most of 2020 has now been wiped out by the resurrection of the Christmas Spirit.